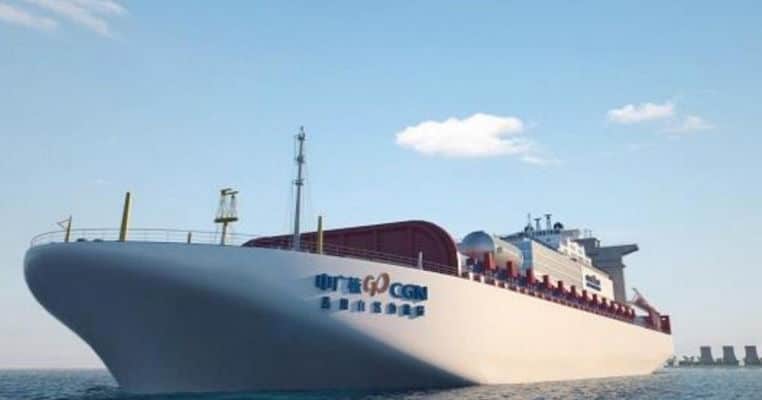 While the idea of ​​floating nuclear reactors is not new, few countries have decided to finance such an initiative. Currently, such a solution is used by Russia and the USA, and China has just joined this small group. The ACPR50S has just undergone extensive testing.

We were informed about a similar project, this time by the Danish company Seaborg Technologies, in June 2021, but then only the concept was mentioned. According to the South China Morning Post, China’s floating nuclear reactors are operational and, according to their engineers, are “almost indestructible”. The plan to create this type of unit was born in the Middle Kingdom in 2016, but only now have we learned the details about it.

ACPR50S is a floating sea unit weighing 30,000 tons, inside which there is a small nuclear reactor with a capacity of 60 MW. Its area of ​​operation is to cover the east coast of China – the reactor will power the local oil rigs and provide regular electricity supplies to the inhabitants of the Pohaj Strait, a less developed part of that region.

In addition, the floating reactor is part of the Chinese drive to gradually phase out coal and introduce solutions based on low CO2 emissions or other pollutants, in line with the commitments agreed during the COP26 conference. The implementation of cleaner forms of energy is imperative for a country that is currently one of the world’s largest emitters of greenhouse gases.

The tests themselves were conducted on a smaller replica of a floating nuclear reactor at an extreme weather simulation facility in Hubei Province. Kong Fanfu engineer and a team of scientists from the Wuhan Second Ship Design and Research Institute have concluded that the ACPR50S will be able to generate electricity during a hurricane with the highest level on the Beaufort scale. During the first test, the force of the artificial wind exceeded the speed of 133 km/h, and in subsequent tests, this value increased by 50%. under additional storm conditions (e.g. waves).

The replica also withstood this and remained in the base position for many hours, which was to be a confirmation of safety for the entire program of floating Chinese nuclear reactors. Some doubts were raised by the ACPR50S mooring system, which is to withstand a load of 600 tons, which may turn out to be insufficient in extremely difficult weather conditions. According to scientists from Wuhan University, in such conditions, the value of this parameter may be as high as 2,000 tons.

“The hull of a ship must not capsize under any circumstances,” tinning experts comment on the South China Morning Post, suggesting that strengthening of this element and further testing may be necessary. In addition, the Chinese floating nuclear reactor has been equipped with a number of safety functions – including for cooling seawater in case of power failure, but if the unit tip over, these functions may fail. As you can easily guess, this can have catastrophic consequences, therefore the greatest threat is to be “abuse or incompetence caused by insufficient training of employees”.

The first floating Chinese nuclear reactor is scheduled to start operating in 2022, and the 2018 plans include information about a fleet of 20 units that will provide energy in various parts of China. Time will tell if such a solution turns out to be profitable.

At the same time, we invite you to listen to the latest episode of the podcast Technically Thing Taking. This time, we talked to guests about rising electricity prices and whether Poland is in for a blackout.