As Android users, we must admit that we don’t know everything about the device we are using, as there are many apps like ConfigAPK running on the background of our smartphone. True, some users will mistake these apps for viruses, malware, or other malicious programs running on the phone and want to delete them.

Some Android smartphone users who suddenly discovered the ConfigAPK said they were scared and wanted to delete or uninstall the application. Let us consider what ConfigAPK is all about. Should you leave it running on your smartphone when you discover it? Remember that many applications are involved with day to day successful running of your Android device. If you remove an application like the ConfigAPK, what could be the effect on your smartphone? First, let’s get more information about what it really is.

It is a built-in program found inside Android mobile devices. Its main job is to ensure that APK packages run correctly on your device. Inside your mobile device, you can discover APK as a package in Android.autoinstalls.config.

What ConfigAPK Does Inside Your Smartphone

As explained above, the ConfigAPK runs in the phone’s background. It is a file that is needed to install or uninstall apps on your mobile device automatically. You can also call it a software package. Without it inside your smartphone installing or installing apps processes will be very difficult.

In this case, ConfigAPK does a wonderful job. Not all apps or programs on your Android device are okay for you. You may have deleted or uninstalled some. You may notice that others are hard to uninstall in the process, especially those that come with the device straight from the factory. Probably, because some people see it as useless in this capacity, apart from the other security issues mentioned above, they may want the app removed.

Yes, you can, but you need to think twice before you do so. Why? Because the software is an integral part of any Android device. What if the problem you’re facing on your mobile device is related to the ConfigAPK software itself? Should you delete or uninstall it? If you actively install the APK pack, this software is very useful. Without it, you can’t install them. Take it or leave it; ConfigAPK is a very useful internal app for your smartphone. Another view is that the app is safe for uninstalling as it will not negatively affect the smartphone.

But on the one hand, you’re having issues with your mobile device, and you believe that the ConfigAPK is the main issue. How do you go about solving the issue? First, don’t think about uninstalling ConfigAPK, as we totally believe this will lead to more unexpected problems on the device. There could be other means of getting around the issue while your ConfigAPK remains intact. We will consider some options that you could have to get your problems solved.

No, it doesn’t. It is in-built, and it is active as soon as your Android smartphone is first turned on after you purchased it. Since the software requires no permission, that may ease your mind of other security issues.

Take a look at the ConfigAPK by going to app settings. Get there by taking the following short steps.

This software is basically seen as good, safe and secure. Most of the time, it is safe to let it run on Android. However, some users complain about the app. There are a few such errors caused by the software, as we can see below.

One of the most frustrating things for a mobile smartphone user is to have the battery draining out too quickly. Some are adamant when asked why they think ConfigAPK causes the power-draining process. Even though there is no evidence to show that the software really causes battery drain, they maintain that it is the main issue behind constant mobile Android battery power outages. Also, no authorized sources have made it known that indeed it is a battery-draining app.

You may think that there’s something you can do to solve this problem, and yes, there is. Remember that the ConfigAPK software is very light, just 20KB, so it can hardly consume your battery power. To solve the problem, you can scan your device to remove any hindering app. If the issue persists, try clearing the cache, as described below, or you could stop the app functions. 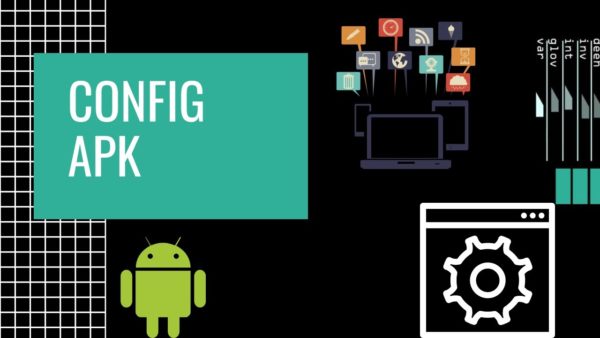 The very fact that the ConfigAPK software keeps running underground is a major concern for some people. But there are other apps as well that run in the background of our phones. It is up to the user to let the ones he wants to keep running on the phone active. Deleting some of those background apps is definitely okay. Probably, these users will be okay with it if the software doesn’t run in the background. But that is how it is manufactured to operate.

It is possible that your ConfigAPK crashes often. That too can be ridiculous. Most apps behave that way, especially if there is cache conflict or corrupt file installation.

To undo the constant crashing, you can take the following steps.

Hopefully, that should solve the problem.

We have explained what the ConfigAPK is. There are reasons why some believe it is dangerous to the health of your smartphone. We really believe that the app is suitable for your smartphone. It is light, and the presence of it doesn’t really make it control your smartphone negatively. No, the application is not meant to spy on you or steal your information.

This app comes with Samsung smartphones, and there are other Android devices that it works with. That means it is very crucial to operations on your mobile device at all times. If you don’t like it to run underground on the phone, just understand that it is one out of many apps working quietly behind the show inside your phone. Yet, it is one of the smallest among them, so you don’t have to worry at all.