Fero Mobile brand seem to be serious-minded about being in the smartphone market for a really long time. Remember the FERO Royale A1? That was a good device from FERO.

Now, FERO have added another device, this time, a tablet to its smartphone archive. The tablet is a 7-inch beauty that has a simple structure and build. Recall that TECNO’s upcoming tablet, Tecno PhonePad 3 will come with a 7.5-inch screen. Only 0.5-inch bigger than the FERO Pad 7. It’s the 7-inch season I guess.

Back to the FERO Pad 7, let’s take a look at the tablet FERO is offering.

The FERO Pad 7 has a simple, plain and “quite” design. The device dimensions are in the image above. The front wears the simplest of looks with only the proximity sensor, the selfie camera and the earpiece found on there. Of course the 7-inch display is at the front too – you weren’t expecting it at the back, were you? The screen-to-body ratio (bezel) is quite big too. 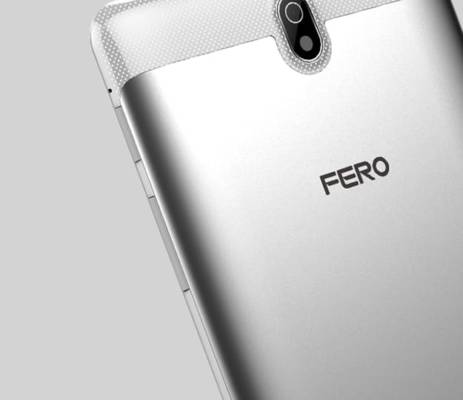 At the rear, the top, just above the camera is roughly textured. The remaining 98% is a smooth, glittery and well polished aluminum finished body. The hard keys (the lock button and volume adjusters) are at the right-hand side of the device.

As earlier mentioned, the FERO Pad 7 has a 7-inch HD screen. You see where the name Pad 7 comes from? The display uses IPS technology to ensure quality colour reproduction and well saturated colour and images. The display has a resolution of 1024*600 pixels. Quite enough for good display.

The FERO Pad 7 comes out of the box with Android v6.0 Marshmallow.

This tablet is powered by a Quad-core MediaTek MTK8231 chipset with a 1.3Ghz clock speed. The chipset used is *muah*. Expect functions on this tablet to run as fluid as possible. On 1GB RAM, multitasking will be good but may experience lag on usage of too many apps.

The Internal storage is capped at 8GB and can be expanded to 32GB using a microSD card. 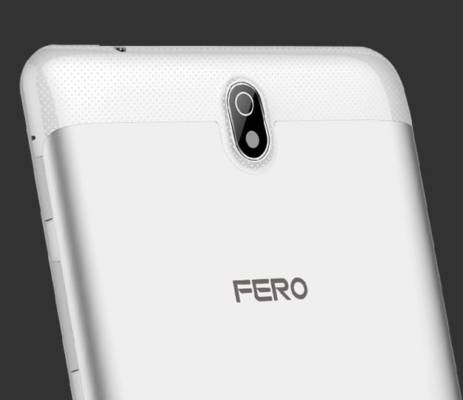 As “WOW-ing” as this tablet have sounded from the start as regard other specifications, the camera is however the black sheep on this device.

A 5MP rear camera willproduce nice photos, but not the quality this age and time currently require.

The 2MP selfie camera is no different. Resulting images from the front camera are of low quality but still produces visible but poorly sharpened selfies. 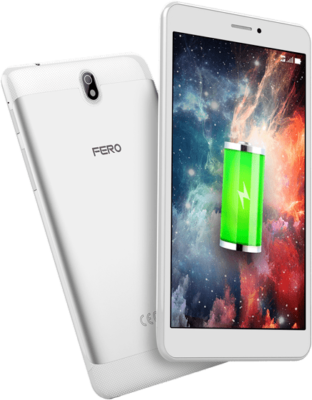 The FERO Pad 7 has a huge battery pack. With 3,500mAh battery, the device can stay up for long periods.

FERO Mobile have shown that they won’t stop churning out smartphones. The FERO Pad 7 and other devices in their name attest to that fact. The Pad 7 is a good tablet. At 7-inch, it is just slightly bigger than some phablets. The display is good, processor is fast and the battery life is amazing. FERO should however do whatever they can do to improve the camera on their upcoming tablets, ‘cuz the shooters on this tablet is a NO NO!