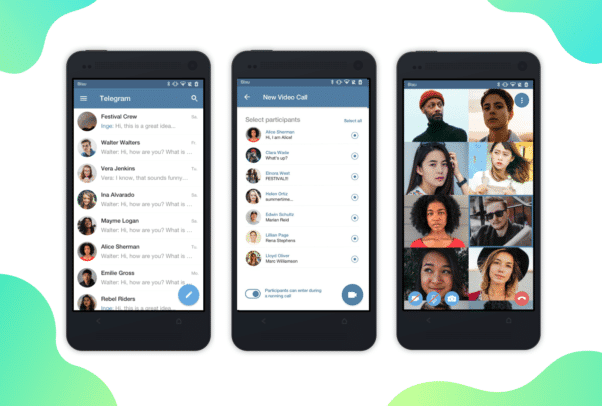 The dream and hope of the team at Telegram are finally coming true. Though the company should have launched the group video calls technology in 2022, it appears that something could have stood in the way of getting it out to users.

Now, in about thirty days, Telegram will launch a new opportunity for users to on its platform to make video calls.

Paul Durov, Telegram’s CEO, announced on the company website that speaking of video calls, the company will adding a video dimension to its voice chats in May, making Telegram a powerful platform for group video calls. Screen sharing, encryption, noise-cancellation, desktop and tablet support, everything users can expect from a modem video conferencing tool.

The announcement was shared on the CEO’s personal Telegram channel. He also promised security, privacy, and speed during use, so Telegram video users won’t be disappointed.

Other social media apps may be losing crowds but Telegram is actually gaining crowds. However, WhatsApp has beaten Telegram to offering end-to-end encrypted group video calls. WhatsApp added the technology in 2022.