As the name implies, Night Sight is the means by which Pixel phones snap good quality images in low light, or at night time. It is a technology that’s less than five years old, and it was announced when Google introduced the Pixel 3. Sometime after its announcement, Google released it to Pixel devices almost a year later so that Pixel phone users can get additional assistance in taking better pictures in low light.

Since that time, much has been accomplished by people who love to take nighttime pictures. They have at their disposal an additional tool – a game-changer, so-to-speak, in accomplishing a good goal of snapping night photography, using Pixels smartphones.

But how does Night Sight works? And what is improved in the innovation since 2018?

Could it be that Night Mode is to Samsung phones what Night Sight is to Pixel phones? Night Sight relies on Artificial Intelligence and machine learning to give the user the desired result that may only be achieved when a tripod or DSLR camera is used.

Night Sight technology resembles that known in high-end Huawei smartphones. It makes use of multiple shots and combines them with AI making sure that color stays in balance and that shake is kept to a minimum.

Let’s examine two ways in which Night Sight works. First, we will examine how AI rebalances color, and how it detects motion.

If you’ve snapped pictures at night before with any smartphone, you would have noticed that some vital details were not seen in the picture. The human eyes can often catch details that are totally obscure to smartphone cameras in low light or at night.

Furthermore, photos taken at night are nothing like those taken in the daytime. They often don’t look like the actual scene. Often, other colors like red or yellow may come on the scene, or there could be shades that are not natural to the scene. 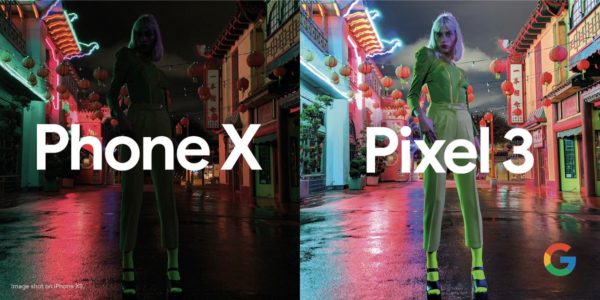 This is where machine learning assists to correct some details because it has learned what things should look like.

In this way, you get a photo that looks realistic, not the usual poor smartphone picture that is produced by any device. Thus, AI and machine learning in Pixel phones allow the camera to see as the eyes of a human. In that case, the user should allow the processes to take place so that a night photo that actually looks good can be produced.

How AI Processes Improved Over Time

The AI and machine learning process can be refined by Google through updates. What that means is that once updated, the camera performance gets better each time. Google doesn’t have to rely on hardware changes to make any improvements.

Any Pixel phone user can afford to have the best Night Sight technology in his or her compatible device simply by updating Night Sight.

Here is the second way in which the technology works. It can detect when the hand of the person who wants to snap a photo shakes, and it can as well detect when there’s movement in the scene at which the camera is focused.

This is the problem in other cameras that just go ahead and snap pictures even in the cases of blurry mess. For such devices, motion is a big challenge, but not for Pixel phones. Night Sight detects motion before the photo is taken, and so it is able to optimize the capture process to reduce blur and produce a sharp photo even in low-light situations.

Take note that if the phone is steady, it is adept at using a longer exposure to get more light in, and that can prevent the blur. Also, if there’s movement or shake, it is able to use shorter exposure and merge the results to minimize the effects of motion. The merge is simply a way to combine information and find out the best one to put forward when the final image is made.

For Night Sight to detect motion, you hardly have to do anything else other than just press the button which produces the photo. However, your main job is to make sure that you keep the phone steady while everything else occurs for your benefit, as most of the explanation up here is done automatically by the Pixel phone’s camera.

Which Phones have Night Sight?

You may think that this technology is restricted to some Google Pixel phones. It appeared to be so for a while but now, Google has been so generous so as to spread it over all Pixel smartphones. The company has updated older phones and it keeps ensuring that the latest models get the Night Sight.

Don’t worry if your smartphone has front and rear cameras, for the technology works both ways. It doesn’t matter how high-quality the cameras are. For those who love making selfies in any type of situation, the Night Sight mode is very handy especially when it is done in low-light areas.

You can search the internet for pictures produced by Night Sight. Judging by what you will see, you can be assured that the technology is really great for people who love to snap pictures at night or in low-light conditions. There’s every evidence to suggest that Night Sight performs great on Google Pixel phones. It has grown big that even now, Google has introduced an extension of it called Astrophotography mode. This extension is designed to snap pictures of the sky. If that’s not your thing, for now, Night Sight can still give you a great experience when you snap pictures at night.