Motorola P50 could have assumed other names in the past but this is its final name. The device is scheduled for release in the month of June 2019 in USA and is receiving a lot of attention in the news; especially this week. This phone is a high-end one in that it makes use of materials that are common to sophisticated mobile devices. In this short review, we will pay attention to all the goodness of this device.

Not much has been garnered about Motorola P50 when it comes to design but we know that it is coming with good body design and the colors for the phone will also be varied. However, we know that it is not a waterproof phone but it has fingerprint technology.

Looking at the display, there is IPS LCD capacitive touchscreen of 16 million colors. Screen size is 6.3 inches and the screen to body ration is 83 percent. Furthermore, the screen resolution is 1080 x 2340 pixels in multi-touch. Display protection happens to be Corning Gorilla Glass.

Motorola P50 comes with very good cameras. There are three of them; two to the rear and one to the front. At the rear, the main camera is 48 MP f/1.8, 27mm wide, while there is the 5 MP f/2.4 53 mm telephoto. Some of the nice features found here are optical zoom, LED flash, HDR, and panorama. Video performance is 1080p. Also, the front side has a selfie camera of 25 MP which also comes with good features of its own. 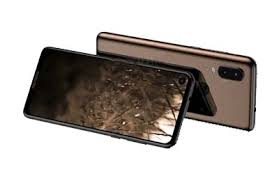 This happens to be an Android OS v9.0 Pie on its special user interface. There is also Qualcomm Snapdragon chipset for the Motorola P50. The CPU is Octa core, while the GPU is Adreno. Not much to that yet.

Things look so good at the storage capacity level and this shows that the smartphone is one for those people who love to hoard spaces in their smartphones. There is 4GB of RAM but other school of thought suggests that there will be another RAM specs to make the phone a two-variant device. We can’t confirm that for now. But we know that the 4GB of RAM will complemented by internal storage of 128GB, with a card slot that has the capacity of 256GB. Sensors in the phone are fingerprint, accelerometer, gyro, proximity, and compass.

Motorola P50 is quite nice as a 4G Android smartphone. This means that it is able to work with all the common networks such as 2G, 3G, and 4G simultaneously, changing from one to the other as the need may be. Other network connectivity components are Wi-Fi, hotspot, Bluetooth 5.0 which is the latest tech in that aspect, GPS, A-GPS, GLONASS, BDS, GALILEO, FM radio, USB Type–C, 1.0 reversible connector, and others.

To power the Motorola P50, the manufacturer made available a non-removable Li-Po 3500 mAh battery that comes with fast charging technology. There is no wireless charging option for this Motorola product.

Officially, the price of Motorola P50 hovers around $350 at the moment. However, the phone has not been released yet, so we can’t say for sure if there will be a price change in the future. As to the availability of the phone, it will be released soon in the month of June 2019.

Where to Buy Tecno Camon 11 Pro