Panasonic Eluga Arc 2 was launched recently by Panasonic as a successor to the Eluga Arc smartphone launched earlier on in April this year. 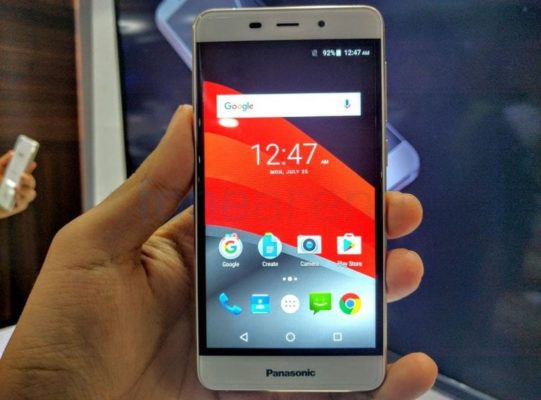 The Panasonic Eluga Arc 2 is powered by a 1.3GHz quad-core processor backed by 3GB of RAM and 32GB of internal sorage space which has room for expansion via microSD. The smartphone also runs on Android 6.0 (Marshmallow) out-of-the-box.

Talking about the camera, the Panasonic Eluga Arc 2 sports an 8-megapixel rear camera with LED flash and a 5-megapixel front-facing selfie shooter.  The Eluga Arc 2 has 4G LTE support and crams a 2450mAh battery to light it up.

The Panasonic Eluga Arc 2 comes in just two color variants, Gold and Rose Gold colors and is priced at Rs. 12290 in India which is about 184 US Dollars.