Panasonic has released its latest smartphone under its Eluga series. The device is dubbed the Panasonic Eluga Ray and was launched alongside the Panasonic P85, a high-end smartphone in another series from the OEM.  The device which carries a massive 4000mAh battery also supports 4G network with VoLTE functions. 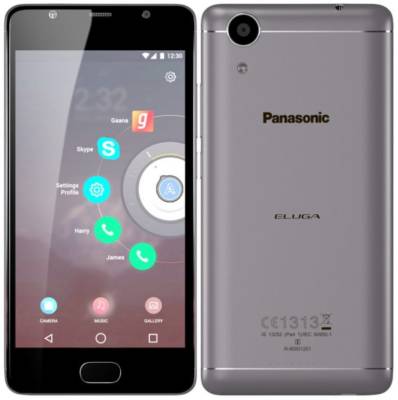 The smartphone is powered by a 1.3GHz quad-core processor. It also features a 3GB RAM and 16GB of inbuilt storage and can be expanded up to 64GB using a microSD card.

On the rear, the Panasonic Eluga Ray comes with a 13MP camera with LED flash to capture your best moments with friends and family. On the fore of the device meanwhile is a 5MP selfie camera and as the name portrays, it is used for taking selfies with loved ones and also for Video calling.

The Panasonic Eluga Ray flaunts a massive 4000mAh non-removable battery which defines the word ‘long-lasting’ on the device. The 4000mAh battery represents a highlight of the decent smartphone.

The Eluga Ray runs on the  Android Marshmallow OS and has a unique feature of its own called Arbo. The feature, Arbo is an Artificial Intelligence system that tracks and learns the daily patterns of each user so as to help the user to become more time-conscious.

Availability and Price of Panasonic Eluga Ray in India

The Panasonic Eluga Ray goes on sale for as low as 6,999 Indian Rupees. This comes off the back of a discount of Rs.1,000 which Panasonic made available as part of the Flipkart Big 10 Sale.