Samsung Mobile is preparing to update its Galaxy C line-up with the 2017 version of the Samsung Galaxy C7, as evidenced by the smartphone’s recent certification by Chinese certification site, TENAA.

Prototype images of the Samsung Galaxy C7 2017 have been obtained, and these show it sporting dual cameras at the rear, and the listing reveals many of its specs which are discussed below.

From the images available, we see that the Samsung Galaxy C7 (2017) has a metal unibody design with antenna bands running across the back both at the top and bottom. It has a 5.5-inch Super AMOLED (it’s big Sammy, whaddya expect?) display with a Full HD (1920 * 1080) pixel resolution.

The TENAA listing also reveals that the C7 weighs 178 grammes and is 7.9 millimetres thick. As you would expect, the device has a design language similar to smartphones in the series.

It looks like things have been reduced a bit this year in the Galaxy C7 series. The Galaxy C7 2017 has a 2850mAh battery which is lower than last year’s C7 which has a 3300mAh battery. This one comes with fast charging, though.

The device comes with a host of connectivity options which include NFC, a USB Type-C port and Bluetooth 4.2.

The Samsung Galaxy C7 2017 runs on Android 7.1.1 Nougat out of the box. It retains the home button with a fingerprint scanner embedded in it. 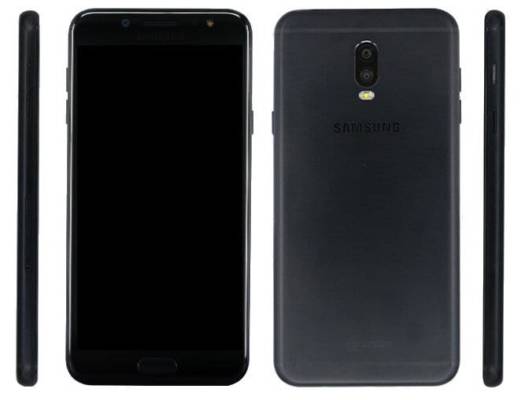 Availability and Price of Samsung Galaxy C7 (2017) in India & China

Since it has now been certified by the ultimate certification authority in China, we expect that the Samsung Galaxy C7 (2017) would be announced officially soon.