Please allow me to express all my feelings in the next paragraph. Just one paragraph…

I’m sooooo excited about the Galaxy Note 8! Wow!!!!! A glance at its list of specifications sent me gasping for breath, and a perusal of its detailed specs has me completely wowed. Luckily for you, I’m not selfish, and I’m here to share that same experience with you. We’re going to be going over every specification of the Note 8 together in this article.

Some have described the Galaxy Note 8 as a bigger Samsung Galaxy S8 with S Pen (a stylus pen with a Samsung smartphone is called S Pen), bigger RAM and larger battery, but calling it as such makes it looks like the Note 8 is just a shadow of Samsung’s first flagship of the year. Those differences make a whole lot of difference!

Enough of beating around the bush; let’s go and visit this beast of a smartphone together. 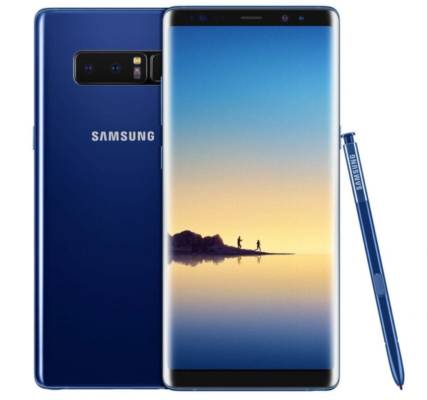 Ahh…describing the design of a flagship Samsung smartphone can be likened to describing the winner of an international beauty pageant; the design of the Galaxy Note 8 is breathtaking. It might not come with the wow factor if you’ve seen the S8 cos they have similar designs, but it’s still spectacular all the same and can be arguably called the most beautiful smartphone right now.

The Note 8 doesn’t have side bezels at all, and its slim top and bottom bezels are there only because they are needed for some good grip on the phone and to hold the important sensors on top of the phone. To achieve this, Samsung had to ditch the physical home button that has now become synonymous with Samsung smartphones.

As you would expect, the smartphone has a metal unibody design, and like the S8 series, it has IP68 ratings for water and dust resistance, meaning you can dunk it in up to 1.5 meters of water for up to 30 minutes without any damage caused any of the phone’s components, both internal and external.

The Samsung Galaxy Note 8 comes big with a 6.3-inch Infinity Display with an end-to-end bezel-less screen that curves around the phone’s sides, giving you the feeling of the endless smartphone screen real estate, just like on the Galaxy S8 series. Samsung started including edge-to-edge screens on its flagships from the S6 series, and it seems the company has gotten it right with this year’s flagships.

The display is made with Samsung’s Super AMOLED panels and has a pixel resolution of 2960 * 1440 pixels (Quad HD+) and a pixel density of 522ppi. The smartphone has an 18:5:9 aspect ratio, meaning you get to spend most of your time on the smartphone on the screen.

Samsung said that the Galaxy Note 8 is specifically designed for people who move through barriers to do more of what matters to them. Thus, the Note 8 packs the power of a high-end computer system into a small frame, allowing people to carry out huge tasks on-the-go.

The Exynos variant of the phone is faster than its Snapdragon counterpart, but the latter is so fast that you’ll be left imagining how fast the former is.

The phone packs a whopping 6GB of LPDDR4 RAM and comes in three internal storage variants – 64GB, 128GB and 256GB, each using the UFS 2.1 file system technology and with the option to further expand the storage capacity of the phone by a size of up to 256GB using a microSD card.

Even though this is not the largest RAM size seen on a smartphone (there are phones with 8GB of RAM, the combination of the RAM, OS optimisation and processor/GPU makes the Note 8 one of the most powerful smartphones right now.

The Samsung Galaxy Note 8 launches as the first flagship smartphone from Samsung to come with dual rear cameras. It sports a 12MP Dual Pixel primary camera with f/1.7 aperture, wide-angle lens and OIS, and a 12MP secondary camera with telephoto lens, f/2.4 aperture OIS, 2x optical zoom and up to 10x digital zoom.

There’s also a LED flash at the rear of the smartphone to aid visibility in low-light situations.

At the front, an 8MP camera with Autofocus, Wide-angle lens and a f/1.7 aperture handle the task of taking selfies. This also has a LED flash to brighten up your happy moments.

Smartphones that are this slim always avoid huge batteries as that is one of the largest components of a device, but the Note 8 still excels in this regard with a 3300mAh non-removable battery.

The optimisation of its software and processing unit aids the efficiency and longevity of the battery, and the phone comes with both wired (WPC) and wireless (PMA) fast charging to make sure that you’re always able to use your portable PC.

The smartphone comes with a hybrid dual Nano SIM slot and supports 4G VoLTE. It offers super-fast wireless connectivity with Wi-Fi 802.11 ac (2.4/5GHz) and VHT80 MU-MIMO and makes it easier and faster to transmit data between nearby devices with Bluetooth 5.0 LE (transfer speeds up t o 2Mbps!).

It also has a USB Type-C 3.1 port for charging and many other functionalities and supports numerous features among which is Samsung Pay, thanks to NFC.

The Samsung Galaxy Note 8 comes with a bevvy of sensors which extend its functionality and make it possible to use the smartphone in almost any condition.

The fingerprint sensor is positioned beside the dual cameras at the rear of the smartphone. The other sensors are located either inside the smartphone or on the top bezel at the front, keeping company with the selfie camera.

The most glaring hardware feature on the Galaxy Note 8 is the S Pen stylus pen which is designed like a regular fancy ink pen and makes using the device exciting and more productive.

With the S Pen, you can share animated texts and drawings across platforms that support animated GIFs. You also have S Pen Translate which translates words and even whole sentences on the screen in over 70 languages just by hovering the stylus over the text. This can also be done to convert units of measurement and currencies.

You also have Bixby, Samsung’s digital assistant that was created to rival Google Assistant and Apple’s Siri. Bixby, which was recently launched globally, debuted with the Galaxy S8 series earlier in the year, being available to only Chinese and U.S. residents then.

Bixby digital assistant can be launched quickly on the Galaxy Note 8 by pressing a hardware button located on the right side of the phone. This button is dedicated to Bixby and can be used to make the digital assistant perform different functions by applying varying levels of pressure.

On the software side, the Samsung Galaxy Note 8 runs on Android 7.1.1 Nougat out of the box. Users should receive and update to the newly-launched Android 8.0 Oreo soon, as this is the most expensive Samsung smartphone yet. 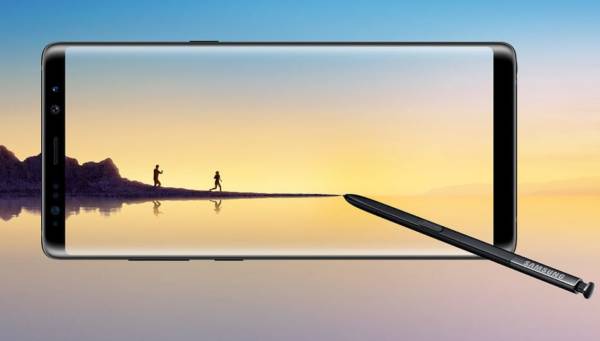 The Samsung Galaxy Note 8 will be available starting from the middle of September and will cost around N350,000 in Nigeria. The smartphone is currently available for pre-order in the U.S.