Google has finally revealed the name of the latest version of the Android operating system, Android 8.0 ‘O’ which, according to the announcement, is to be officially called Android 8.0 Oreo henceforth. It wasn’t hard guessing what the name of the new Android version would be this year as there weren’t many palatable choices of name available, unlike in 2016 when it was hard choosing between Nougat, Nutmeg, Nutella and a host of others.

The announcement, which coincided with the first solar eclipse in the U.S. in about a century, was made by Dave Burke, the Vice President of the Engineering department at Google on the Android Developers blog this morning.

As you would expect, Android 8.0 Oreo brings exciting new features and big updates to some existing ones. The new version of the Android OS has been extensively tested by developers and beta testers, so you don’t need to be worried about bugs and feature breakages when (or if? 🙁 ) you receive an update to Oreo on your Android device.

Here is a summary of everything Android 8.0 Oreo brings to the table:

Android O puts a big priority on improving a user’s battery life and the device’s interactive performance. Additional automatic limits on what apps can do in the background, in three main areas – implicit broadcasts, background services, and location updates. This will help create apps that have minimal impact on a user’s device and battery.

Channels let developers give users fine-grained control over different kinds of notifications — users can block or change the behaviour of each channel individually, rather than managing all of the app’s notifications together. Android O also adds new visuals and grouping to notifications that make it easier for users to see what’s going on when they have an incoming message or are glancing at the notification shade.

Android O adds platform support for autofill. Users can select an auto fill app, similar to the way they select a keyboard app. The autofill app stores and secures user data, such as addresses, user names, and even passwords. For apps that want to handle auto fill, new APIs are added to implement an Autofill service.

Picture in Picture (PIP) display is now available on phones and tablets, so users can continue watching a video while they’re answering a chat or hailing a car. Apps can put themselves in PiP mode from the resumed or a pausing state where the system supports it – and you can specify the aspect ratio and a set of custom interactions (such as play/pause). Other new windowing features include a new app overlay window for apps to use instead of system alert window and multi-display support for launching an activity on a remote display.

Fonts are now a fully supported resource type in Android O. Apps can now use fonts in XML layouts as well as define font families in XML — declaring the font style and weight along with the font files.

Adaptive icons support visual effects and can display a variety of shapes across different device models. The system also animates interactions with the icons, and them in the launcher, shortcuts, Settings, sharing dialogues, and in the overview screen.

Android developers of imaging apps can now take advantage of new devices that have a wide-gamut colour capable display. To display wide gamut images, apps will need to enable a flag in their manifest (per activity) and load bitmaps with an embedded wide colour profile (AdobeRGB, Pro Photo RGB, DCI-P3, etc.).

Support for high-quality Bluetooth audio codecs such as LDAC codec. Wi-Fi Aware, which is based on the Neighbor Awareness Networking (NAN) specification. On devices with the appropriate Wi-Fi Aware hardware, apps and nearby devices can discover and communicate over Wi-Fi without an Internet access point.

Android O provides APIs that allow you to customize the pairing request dialogue when trying to pair with companion devices over Bluetooth, BLE, and Wi-Fi.

More reliable, predictable model for “arrow” and “tab” navigation that aids both developers and end users.

AAudio is a new native API that’s designed specifically for apps that require high-performance, low-latency audio. Apps using AAudio read and write data via streams. In the Developer Preview, we’re releasing an early version of this new API to get your feedback.

Multiprocess mode by default and API to let your app handle errors and crashes, for enhanced security and improved app stability. As a further security measure, you can now opt in your app’s WebView objects to verify URLs through Google Safe Browsing.

Android now supports several new Java Language APIs, including the new java.time API. In addition, the Android Runtime is faster than ever before, with improvements of up to 2x on some application benchmarks.

Hardware manufacturers and silicon partners have accelerated fixes and enhancements to the Android platform in the O release. Sony has contributed more than 30 feature enhancements, including the LDAC codec, and 250 bug fixes to Android O.

Which devices are getting Android 8.0 Oreo 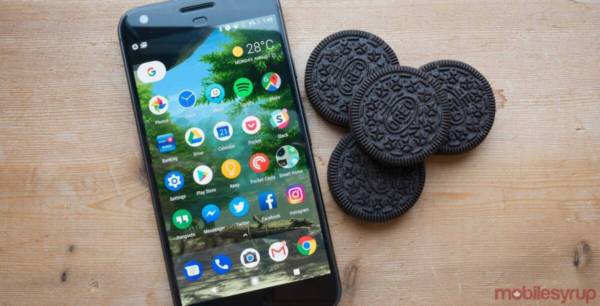 According to Dave Burke, Google has been working closely with OEMs like Samsung, Sony, HTC, Motorola and many others to make sure that their new smartphones and devices run on Oreo, and existing ones get updated to the latest Android version.

Thus, we should be expecting a barrage of smartphones from every major OEM very soon, as they would try to outdo one another in providing their customers with smartphones running the latest flavour of Android. Micromax has already released a smartphone, the Micromax Canvas Infinity which runs on Android 7.2 Nougat out of the box and can be updated to Android 8.0 Oreo. We can only expect more.

We published a list of existing devices that are expected to get the Android 8.0 Oreo update a while back, and Google has pushed its source code to the Android Open Source Project (AOSP) for developers to tinker with. Android 8.0 Oreo system images for the following Google smartphones have also been released:

The system images can be downloaded from the Google Android Developer website, and those who registered for the beta testing program for the new Android version should begin to get OTA updates very soon.

Android 8.0 Oreo released – What next?

If you’re an Android developer or OEM, simply head to the documentation for Oreo on the Android Developers website and learn how you can implement the new features provided by Oreo in your apps.

And if you’re not a developer, all you can do is wait for your smartphone OEM to push the update to your phone if they intend to do so. For those whose smartphones have not tasted even Nougat, here are two things you can do – buy a new smartphone or consider visiting one of the numerous praying mountains in Nigeria.