Samsung has quietly announced its new entry-level tablet, the Samsung Galaxy Tab J in Taiwan. The device sports a specs list which gives it a budget, pocket-friendly smartphone status and with a price tag of around $190 for the tablet device, that is one very friendly device.

The Galaxy Tab J crams a non-removable 4,000mAh battery under its hood which promises users longer hours of video streaming, music playing, voice calls and even 4G internet connectivity. The device comes in a 7-inch WXGA display size with 1280 x 800 resolution which give unhindered and seamless display view. The 7-incher also promises to be a delight to operate with its responsive multi-touch capable touchscreen display.

All operations of the magnificent tablet would be coordinated by a 1.5GHz quad-core processor it comes equipped with. There’s also 1.5GB of RAM, as well as 8GB of built-in storage which can be ramped up to a maximum of 200GB via microSD. 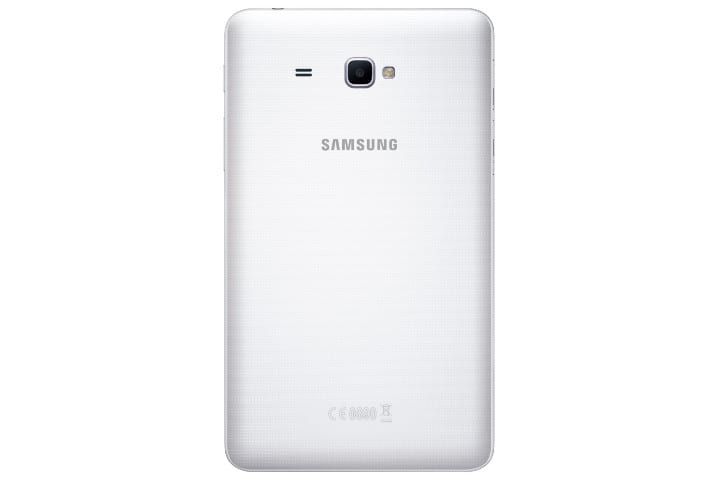 Talking about the camera, the Samsung Galaxy Tab J isn’t for snapping but it surprisingly packs an ample 8MP rear camera unit with auto-focus and LED flash. Up front, you get a 2MP camera just for emergency selfies perhaps. The Galaxy Tab J comes pre-installed with Android 5.1.1  Lollipop operating system with Samsung’s custom TouchWiz UI hovering above it, and also Samsung’s Kids mode and S Bike platforms pre-installed in the device. The Galaxy Tab J also comes with a whole host of connectivity options, such as A-GPS, Wi-FI 802.11 b/g/n, Bluetooth 4.0 LE and FM Radio. 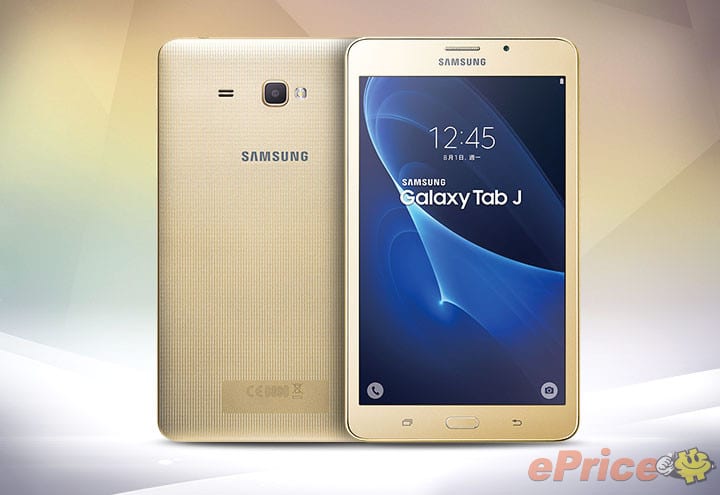 The Samsung Galaxy Tab J comes in white and gold color variants and carries a price starting at 5990 TWD ($190) in Taiwan. The device will start rolling out in August, in Taiwan though but it is not yet announced if Samsung will roll out the device globally.