As it has always been with Samsung, it is traditional for the company to release two variants of the Galaxy S series. As expected, the case will be no different for the Samsung Galaxy S8 too. There will, however, be a little modification in the naming of the second variant of the Galaxy S8.

Customarily, the word “Edge” usually follows the second and larger variant of any S series device, obviously because of the curved screen. But apparently, according to the leaked image, we won’t be hearing or seeing about any device named Samsung Galaxy S8 Edge this year.

What would be released by Samsung instead is the Samsung Galaxy S8 “Plus“. This name could be an indication that there won’t be any curved screen in any of the Galaxy S8 variant. Perhaps we may get to see a larger screen, or maybe better processor or camera.

Well, we could be having a curved screen on the Galaxy S8 devices if the leaked image below is anything to go by. See image below. 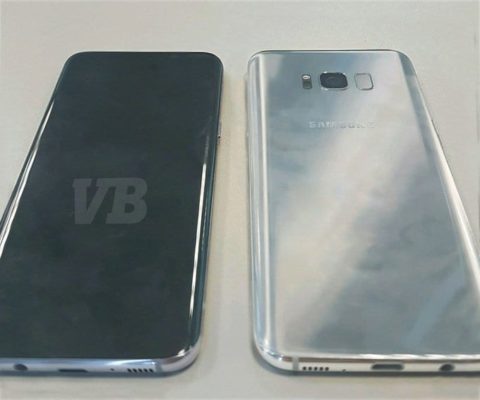 “It’s going to come in two sizes, one with a 5.8-inch display and another with a 6.2-inch screen, both with curves and a Quad HD resolution”, VentureBeat speculates.

There are news making rounds that the Samsung Galaxy S8 official specifications could be unveiled at the Samsung Conference scheduled for February 26, 2017. There has been information about a March 29 release date too. These two dates seem to be the most likely days when we will finally be brought out from the dark as regards the upcoming Samsung flagship.

The anticipation and thirst people have for the Samsung Galaxy S8 cannot be overstated. With quite some rumours and leaks surrounding the device, it only upsurges the crave for the device – something Samsung could and will use to its advantage.

In the meantime, let’s keep the fingers crossed till March 29. I’ll be doing the same over here.