Less than two weeks ago, Samsung published the user manual of its upcoming smartphone in the Tizen OS-running Samsung Z series on its India support website, and it has now officially launched the Samsung Z4 in India after its announcement last week.

The Samsung Z4 is a low-end smartphone that is targeted at entrants to the smartphone world, and I won’t mind using it as a support for my current smartphone. 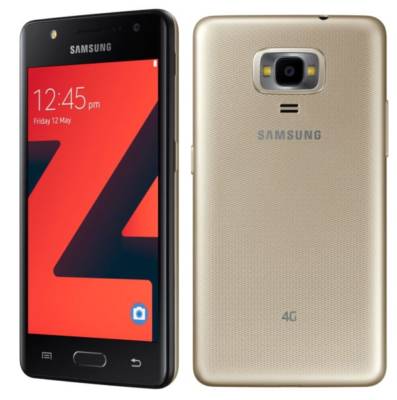 The Samsung Z4 has a compact 4.5-inch screen size with a 800 * 480 (WVGA) pixel resolution. Surprisingly (because this is a low-end phone), its display is covered with 2.5D curved glass, but since it’s Samsung we’re talking about here,  nothing is impossible.

A quad-core processor with a maximum operating speed of 1.5 GigaHertz powers the Samsung Z4 under the hood. It operates on 1GB of RAM and has 8GB of internal memory which can be expanded up to 128GB using a microSD card.

At the rear, a 5MP camera with a f/2.2 aperture and a dual-LED flash is present at the rear, while the 5MP camera at the front is accompanied by a single LED flash.

The Z4 packs a 2050mAh battery and comes in single and dual Micro SIM versions, both of which support 4G LTE network connections. Other connectivity options include USB OTG by which the users can interact with their smartphones using external devices like keyboards and mouse.

The Samsung Z4 is made with the Indian market in mind and thereby lets you access news in local languages in the country on your home screen. It runs on Samsung’s Tizen OS 3.0 and comes with localised functions like My Money Transfer, S Bike Mode and Ultra Power Saving. 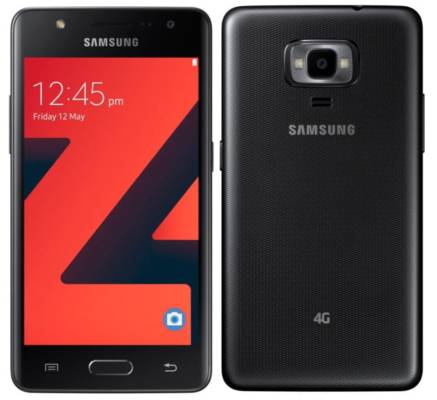 Availability and Price of Samsung Z4 in India

The Samsung Z4 will go on sale on the May 19 and would come with a price tag of Rs. 5790 in India. It has been on display at the Tizen Developer Conference that’s holding in San Fransisco, California since May 17. The smartphone comes in Gold colour.