The Tecno Camon CX Air was announced alongside the Camon CX, and while it’s not available on the market yet, its specs have been revealed. If you’re observant enough, you’d have noticed that the CX Air’s specs are somewhat similar to the specs of the Tecno Camon C9 which was released last year.

In this article, I compare the Tecno Camon CX Air with the beloved Tecno Camon C9, pointing out their differences and similarities in order to avoid confusion between these two products. By the time you finish reading this article, I’m sure I would have cleared your doubt concerning both smartphones, and peradventure you were planning to buy one of these smartphones but weren’t quite sure of which to go for, you can now choose the one best suited to your preferences and save some money. #KeepTheChangeBae

The Camon C9 is good-looking, has a metallic build and a slighly cambered body, but the Camon CX Air takes the design aspect to the next level, sporting a new look and the same metallic build. 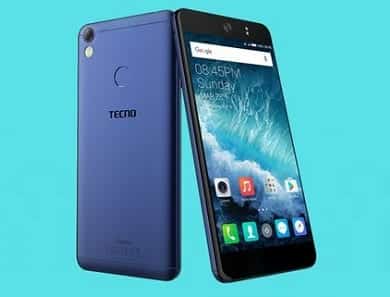 The Tecno Camon CX Air comes with a MediaTek MT6750T processor with four processing cores and a clock speed of 1.3GHz, a chipset that is faster than the quad-core 1.3GHz MediaTek MT6753 processor setup on the Tecno Camon C9. The Mali T880 GPU on the Camon CX Air shows that graphics are rendered better on it than on the Camon C9, but the FHD display resolution on the latter can make its display items look sharper than on the former.

Both smartphones have the same memory specifications, so you might not want to decide which is better based on this. For reference purposes, both have 2GB  of RAM and 16GB of internal storage which can be expanded up to 128GB via a microSD card slot.

Upon its release, the Camon C9 was touted as the best selfie device its OEM had ever produced, thanks to its centered 13MP selfie camera with a LED flash by its side for support in dark conditions. The Camon CX Air, however improves on this, sporting the same 13MP front camera, but with a dual LED flash beside it. The position of the camera remains the same, reminding you that these devices were created for the shots.

Both smartphones also have the same 13MP camera at the back, but peradventure the Camon CX Air comes with the ring flash system (quad-flash) on its bigger sibling, the Camon CX, or at least a dual LED flash, it would be completely better than the C9 in the photography department.

Tecno was able to maintain a slim form in the Camon C9 by including a battery with a moderate capacity (3000mAh) in it. While the Camon CX Air also maintains a sleek form, it takes things a notch higher with its 3200mAh battery capacity.

It should, however, be noted that that slight increase in battery capacity also caused a slight increase in the thickness of the phones (from 7.35mm to 7.75mm). Both smartphones don’t come with fast charging features, eliciting a meh from me.

The Tecno Camon CX Air sports a fingerprint sensor on its back panel, a feature that was suspiciously absent on the Camon C9. It also runs on the latest version of Android, Android 7.0 Nougat, as opposed to the Camon C9 which ran on Android 6.0 Marshmallow at its launch and has yet to receive an update to Nougat as at the time of writing this article.

There are many similarities, but in the areas where there are differences, the Tecno Camon CX Air comes out better. The Camon C9 is, however, still a good smartphone holding its own against the CX Air in the aspect of display.