Logitech has released Logitech G560, new speakers especially focused on gamers. As we talk about a product of gamers you can expect the most durable fashion of these products – LED lights. 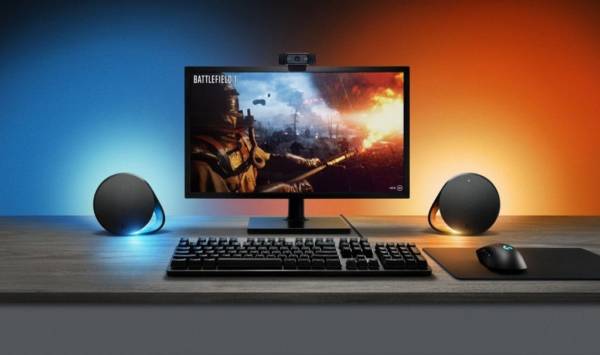 Yes, these Logitech G560 boasts having the ability to display 16.8 million colors thanks to the LEDs that have dirty rear, but the interesting thing is that thanks to Logitech software, the lights shown will synchronize with the predominant colors of what you see on your screen. Similar to the Philips Ambilight system for televisions.

The idea is that while you play, the lights create a more attractive and spectacular atmosphere. Although you might think it can distract you, having tried the Philips system, the fact is that it even helps you focus on what you are seeing.

Logitech has called this lighting system LIGHTSYNC (with capital letters and everything). Coast of two speakers that can be connected by Bluetooth, USB or by 3.5mm connection and a 120-watt subwoofer. The system is DTS – X Ultra certified to create surround sound.

Unfortunately it is not compatible with all the games you can buy. The list is quite limited, but contains some of the most famous games, such as Battlefield 1, Counter Strike – GO, Dota 2, Fortnite, GTA V, The Division or Warhammer II.

If you think the design of these G560 is because they are partly based on the Logitech MX Sound that the company already sells. Logitech G560 speakers can now be booked for 259 euros from their website.