Following the success of the Ulefone Power, Chinese OEM Ulefone, has gone on to release a successor this year – the Ulefone Power 2. Still in the tradition of producing phones with high capacity batteries, the Ulefone Power 2 does not disappoint as it comes with a large 6050mAh battery. Although this is the same battery capacity that came with the original Power phone, the 2017 phone edition has a lot more to offer. Read on to find out how the Ulefone Power 2 is different from its predecessor.

Unlike the original Power device that comes with a plastic back cover, the Ulefone Power 2 has an all-metal body that gives it a premium look and feel. The capacitive buttons are located beneath the screen with the selfie camera, speaker, and sensors above. The volume rocker and power button can be found on the right side, while the SIM card slot is on the left. 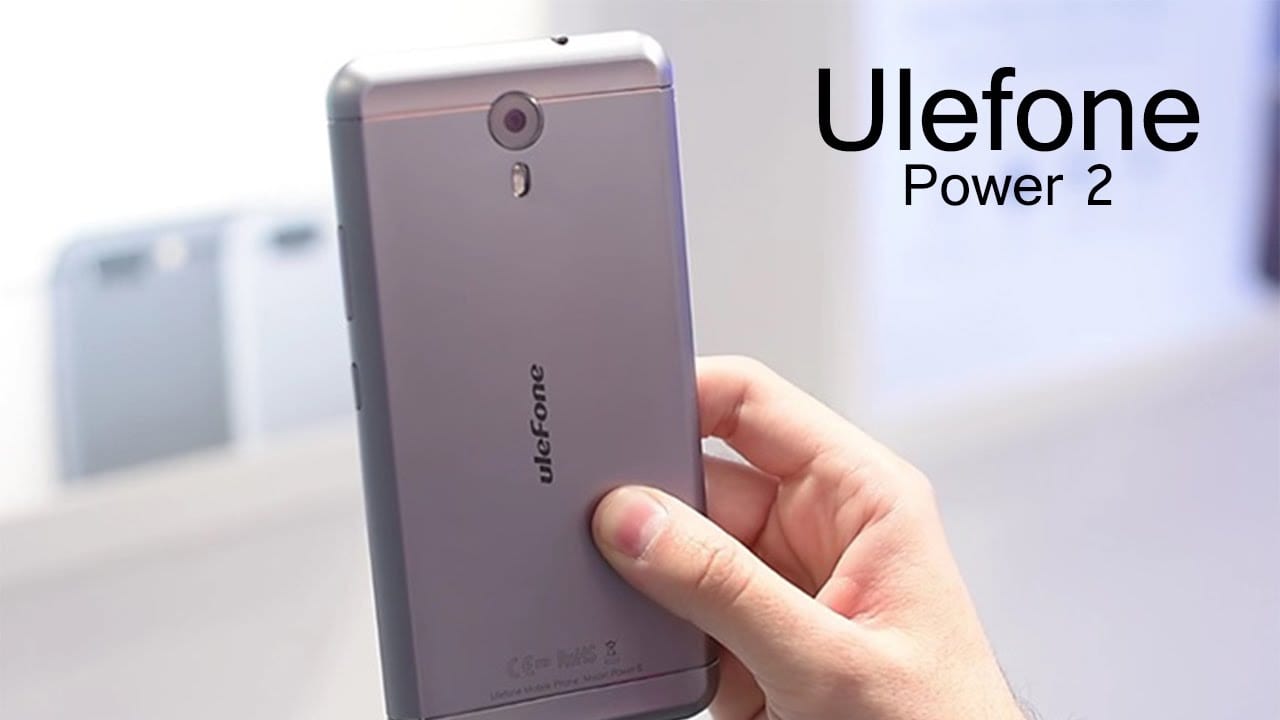 The new Power device is about 9.9mm thick and sports the same 5.5-inch Full HD display. The screen has the now popular 2.5D arc glass and has a Gorilla Glass 3 protection on it.

For this smartphone, you have the option of choosing from three colors – black, silver and gold. Since devices that come with large battery capacities are often hefty, at 210 grams the Ulefone Power 2 can weigh down your pocket.

Under the hood is a MediaTek chip, the MT6750T featuring an octa-core CPU at 1.5GHz and a Mali-T860 MP2 GPU. Unlike the original Power smartphone that features 3GB of RAM and 16GB of ROM, the Ulefone Power 2 comes with 4GB of memory and 64GB of onboard storage available, which can be expanded to 256GB via a microSD card.

The Ulefone Power 2 sports a 13MP camera at the back with an aperture of f/2.2. There are also two LED flashlights below the camera. You can increase the resolution to 16MP through software interpolation. At the front, you’ll find an 8MP camera for selfies and video chatting. It is also great to know that this resolution can be interpolated to 13MP.

You have a massive 6050mAh battery packed with the Power 2. Standby time on this battery can reach up to 1160 hours. To shorten the charging time, Oukitel included a fast charging technology – the Pump Express 2.0 at 9V/2A. As a result, it takes only around 2 to 3 hours to get your device fully charged from 0%.

For connectivity options, you have Bluetooth 4.0, dual-band WiFi, 4G/LTE as well as VoLTE support.

Specs at a glance

Large memory, large battery with fast charge support, fast fingerprint sensor, a sharp display and the latest Android OS; these are some of the highlights of the Ulefone Power 2. This is definitely an improvement over the original Ulefone Power. However, the mid-range chipset and bulky nature of the device can be a deal breaker for some. But when you consider the price of the device – less than $200 – and the many great features that come with it, the Ulefone Power 2 is truly a nice smartphone.