Ulefone has announced its latest mid-range smartphone in India dubbed the Ulefone Tiger. The most remarkable thing about the Ulefone Tiger is that it offers decent modern specs and features at an affordable price; personally, I think the price is a bit low for its specs, and this is a good thing for the smartphone because it gives it a chance to compete favourably in the saturated smartphone market. 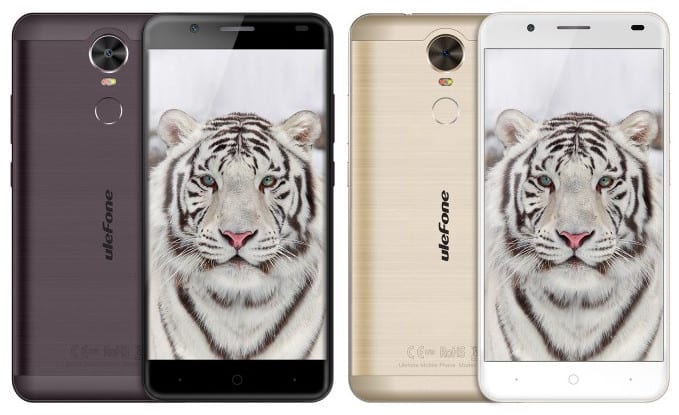 The Ulefone Tiger comes with a 5.5-inch display with a pixel resolution of 1280 * 720. The display is protected with Corning Gorilla Glass 3, a feature becoming common in mid-range smartphones.

The smartphone sports a unibody metal design, and the body is manufactured with flammable heat-isolating material to protect it from external elements.

The Ulefone Tiger is powered by a Quad-core MediaTek MT6737 processor which runs on the 64-bit processor and has a maximum clock speed of 1.3GHz. Paired with it is a Mali-T720 GPU to handle graphics operations.

It comes with 2GB of RAM and 16GB of internal storage which can be expanded up to 128GB via a microSD card slot on the smartphone.

The Ulefone Tiger packs a 4,200mAh battery which guarantees you up to two days of battery life with normal usage. The battery uses the Lithium-Polymer battery technology and is non-removable.

The smartphone comes with a dual-SIM slot through which it can access 4G LTE network bands. It has WiFi 802.11 b/g/n and Bluetooth 4.0 for wireless connections and possesses GPS for navigation purposes.

The rear of the Ulefone Tiger houses an 8MP camera unit which uses a Sony IMX219 sensor and is accompanied by a LED flash for visibility in low-light conditions.

The Ulefone Tiger sports a 5MP camera on the front for taking selfies, and though it doesn’t have a LED flash assisting it in the dark, it uses a Samsung S5KE2 sensor to make sure it’s able to take quality photos when it can.

Below the LED flash at the rear of the smartphone is a fingerprint sensor for biometric verification and extra security.

The Ulefone Tiger runs on Android 6.0 Marshmallow right out of the box.

The Ulefone Tiger comes in Golden, Grey and Black colour versions and would be available for pre-order on Gearbest and other online/offline marketplaces very soon at a price of $109.99.