Aside launching the Redmi Pro flagship, Xiaomi also unveiled its first laptop ever, in a conference held in Beijing few days back. The Xiaomi Mi Notebook Air it is called and just as touted, the slim laptop is a Apple MacBook look-alike. The device is also known as MiBook Air in China. 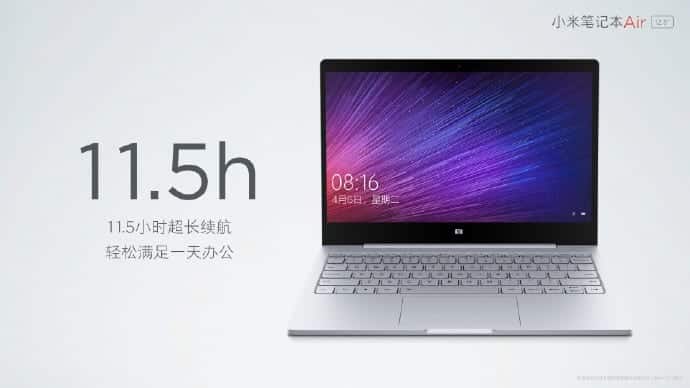 The Xiaomi Mi Notebook Air comes in two sizes, one with 12.5-inch display and another with 13.5-inch display. Both displays are covered with 7H hard glass.

The 12-5-inch model of the Mi Notebook Air is not just the smallest in size but also in thickness and weight. The ultra-slim Mi Notebook weighs just 1.07grams and sports a thickness of 12.9mm, making it easy to stuff inside an handbag. The 12-incher is powered by the Core M3 processor with 4GB of RAM and 128GB of internal storage which is expandable further.  The slim MiBook Air is said to cram a battery that can last up to 11.5 hours. That is like almost half a day! 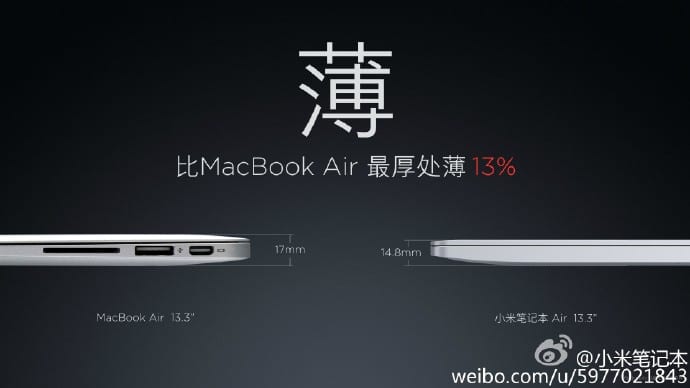 The second model based on size is the 13.3-inch Mi Notebook Air which is wider and heavier than the 12-inch model, with a thickness of 14.8mm at the thickest part and weight of just 1.28 kg. The sleek laptop comes with NVIDIA GTX 940MX 1GB GDDR5 dedicated graphics card on board. There will be the sixth generation Core-i5 processor with a maximum clock speed of 2.7GHz, 8GB LPDDR4 RAM, 256GB PCI-e SSD with the possibility of further storage expansion. 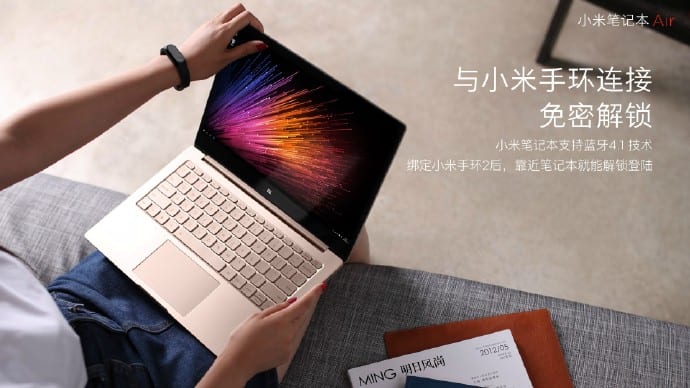 The bigger model on its part boasts of 9.5 hours of battery life on a single charge, and with the provided fast charger, you can get up to 50% of charge in around half an hour. You get USB Type-C, USB 3.0, HDMI and 3.5mm headphone jack for connectivity ports. Other features include AKG Custom dual speakers and Dolby surround sound support.

Talking about the price, the 12.5-inch model of the Xioami Mi Notebook Air starts at $525 US dollars while the bigger model sells for $750. Actual sales will commence on August 2 in China. It is not known when Xiaomi plans to ship the laptop outside China, but if rumors are anything to go by, then that won’t be happening anytime soon.