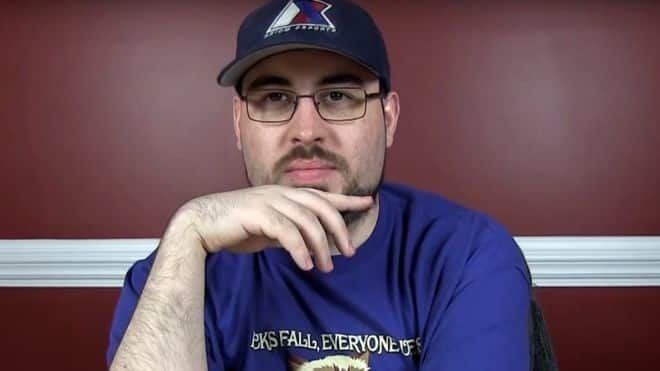 His YouTube channel had amassed over 2 million subscribers. However, he retired from reviewing games in April after bowel cancer spread to his liver.

Thank you for everything. You will be missed @Totalbiscuit. pic.twitter.com/3gTamn9lcF

We've lost a great critical thinker today, but @Totalbiscuit influence on the industry will not be forgotten. You've inspired so many gamers to be smarter about their fav pastime. I fondly remember matching XCOM wits & trading photon torpedoes in our board games. RIP. Miss u man! pic.twitter.com/nzs4Ot4e2V

In the tweet, she wrote, “I’m more overwhelmed with grief than I could express.”

Total Biscuit became popular on YouTube in 2010 by uploading videos of gameplay and reviews to his channel.

Mr. Bain was a champion of many smaller, indie titles, producing videos where he posted his first impressions and reactions to new titles. He also made lists of games he recommends on the Steam Store.

John Bain was also an outspoken critic of a lot of to games. According to him, a lot of developers are after maximizing their profits at the expense of gameplay.

Popular video service, Twitch, a network where TotalBiscuit share gaming sessions live, shared an appreciation message to Mr. Bain for his contribution to the industry.

Truly saddened to hear we have lost @Totalbiscuit. He was a giant in our industry and will be sorely missed.

Mr. Bain first contracted bowel cancer in 2014. However, as a result of treatment, the disease went under remission. The disease later returned and this time spread to his spine and liver.

What are the symptoms of bowel cancer?

“Most people with these symptoms don’t have bowel cancer. Other health problems can cause similar symptoms. But if you have one or more of these, or if things just do not feel right, go to see your GP.”