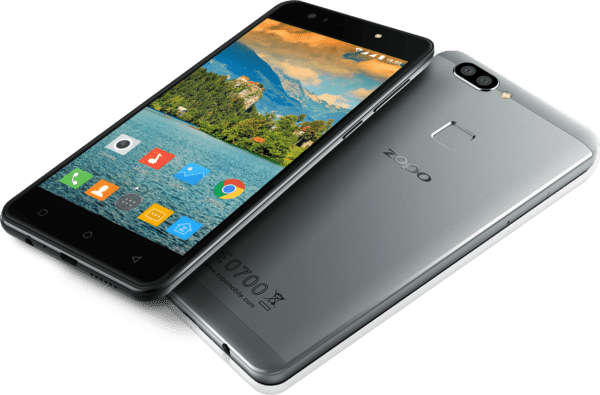 ZOPO has launched yet another smartphone, the Speed X. The smartphone which was announced sometimes last month has been launched today in India. It has also been learnt that ZOPO has partnered with Niki, an Artificial Intelligence (AI) based chat-bot funded by Ratan Tata. This partnership will facilitate easy purchase options with over 20 e-commerce services across travel, entertainment and daily utilities. That’s indeed another milestone for the company. Let’s take a peek at some of the exciting features of the ZOPO Speed X.

The Zopo Speed X sports a 5-inch full HD 2.5D curved glass display that enables one-handed use. It comes in a metal unibody design carefully made with spray coating technology. It is available in a variety of colours like Royale Gold, Charcoal Black, Orchid Goldand Space Grey Colours. The phone is 8.1mm thick and weighs 131g.

The ZOPO Speed X runs on a 1.3 GHz Octa-core MediaTek MT6753 processor with up to 450MHz Mali T720GPU to give users a lag-free android experience and boasts a 3GB RAM with 32GB worth of internal memory which is expandable up to 128GB with the aid of an external SD card.

The Speed X posseses interesting camera features. With a 13MP main rear camera with Omnivision OV13850 sensor and a 2MP secondary camera to capture depth information, users are guaranteed to enjoy photography on the high side. On the front is also a 13MP camera with Omnivision OV12830 sensor and soft LED flash to make the selfie lovers feel at home.

The Speed X is powered by a 2680mAh non-removable battery that can last up to 250 hours on standby and offers up to 12 hours of talk time after a full charge. It is enabled with 4G with VoLTE capability meaning users can make calls and perform USSD operations over the 4G network.

The ZOPO Speed X runs on an Android 7.0 Nougat O.S and has a fingerprint sensor on the rear which boasts the world’s fastest fingerprint reader that unlocks the screen in just 0.16s. In addition, the fingerprint sensor is enabled with a 360-degree unique touch recognition system that identifies the finger from every angle. Cool, isn’t it?

Availability and Price of ZOPO Speed X in India

The ZOPO Speed X is available as at the time of this post in India for Rs. 9499.