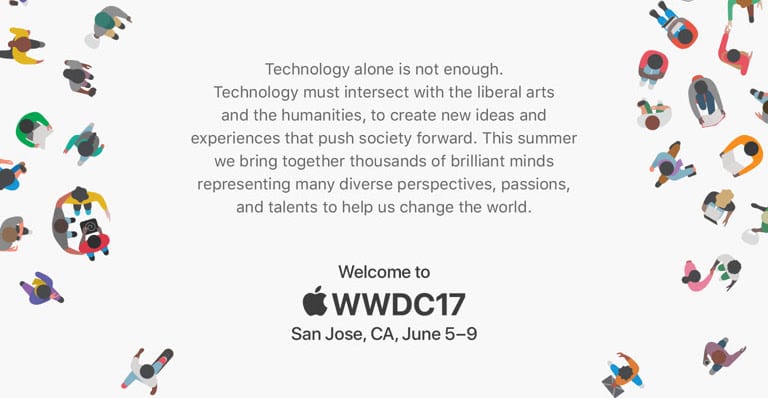 Apple, the Big A, have announced that they will be hosting their Worldwide Developer Conference (WWDC) for the year 2017 in San Jose, California. The event will run from the 5th day of June to the 9th.

At the event, it is largely expected that Apple will unveil plans, works being carried out, and future direction of iOS and macOS and more in a series of presentations. It is also believed that new versions of its OS will be released on at the event. Speeches from several top Apple engineers and executives will also be chips off the full block that will make up the event.

The announcement of the WWDC 2017 schedule surprisingly came early this year, and for the first time in over 10 years, the event will take place in San Jose.

“Apple is announcing the change early to allow prospective attendees plenty of time to sort out travel plans. For Apple’s engineers, the San Jose convention center is much closer to Infinite Loop and Apple Campus 2 in Cupertino, Apple’s company campus”.

For fellows interested in gracing the event with their presence, tickets will go up for sale (lottery) on Monday, March 27 at 10:00 a.m. PDT. So… what are you still waiting on? Go set your alarms and update your reminder. It is however worth noting that ticket sale will be by “random selection”, and also, registration will be limited to members of the Apple Developer Program or the Apple Developer Enterprise Program.

Apple holds a public lottery for tickets yearly as demand is so high. It isn’t just one of many random or mediocre event you just storm into. This really is that “one of a kind” event. Well, not to worry if you don’t get a ticket, Apple says that it will still live stream all the sessions and provide video after the fact.

In segue, The Loop hints that the venue for the WWDC event is about the same size as Moscone Center, with seating capacity that can accommodate about 5,000 developers and 1,000 Apple engineers.

But hey, don’t hold your hopes in the wrong place, the iPhone 8 will not unveiled at the event, the September unveil date is very much certain. There will however be some hardware announcements which could include some new MacBooks and some rumoured bezel-less iPads.