Originally, Archos (based in France) started out as a company manufacturing portable media players and portable data storage devices. For quite some time now, the company has launched into the smartphones and tablets industry. Archos Sense 101x is another product from the expertise of Archos. Archos Sense 101x sports a 2-in-1 tablet functionality, that is, it can work as a tablet and as a laptop. This feature is due to the extended keyboard that comes with the device package. While we’re still juicing up that fantastic feature, let’s take a more detailed approach to the Archos Sense 101x tablet. 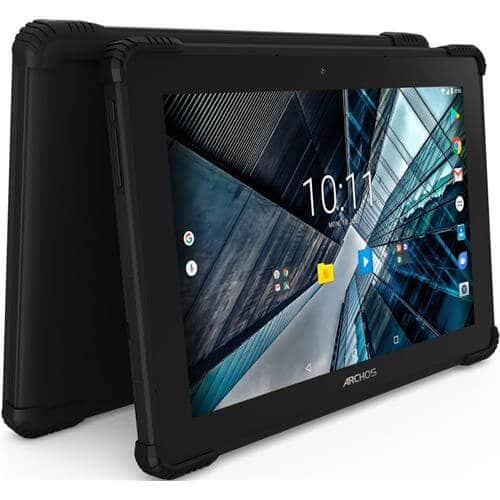 The tablet has a rectangular look with each edge of the tablet covered in a plastic material. The top bezel features the front-facing camera with the bottom bezel being home to the “ARCHOS” logo. At the rear, a primary camera is located. The dedicated keys on the tablet which are the volume keys and power button appear on the left hand side of the tablet.

Its dimension is 265.4 x 181 x 13.4 mm (Height x Width X Thickness). It has a large weight of 600g including its non-removable battery makes it a far cry from portability. Its large weight makes it heavy when held in hand. It only comes in colour Black.

The tablet uses the Android 7.0 Nougat as its operating system. Powering the device is a Quad core ARM-Cortex A-53 processor that clocks at a speed of 1.3GHz. The chipset on the tablet is the MediaTek MT8735.

The SIM type supported on it is the Micro-SIM type. There are two slots for the micro-SIMs connectivity. 3.5mm headphone jack, HDMI port, DC jack and Type-C USB 2.0 Port connectivity is made available on the device. Also on the device is the Wi-Fi Direct and Hotspot.

The power station of the tablet is a non-removable Lithium Ion 6,000mAh battery. The tablet’s huge battery capacity provides it with long hours of standby and talks time.

The price of Archos Sense 101x in Nigeria is currently unavailable.