The Asus ZenPad Z10 tablet is essentially a larger version of the ZenPad Z8 and features significant upgrades in the memory, camera and software aspects. 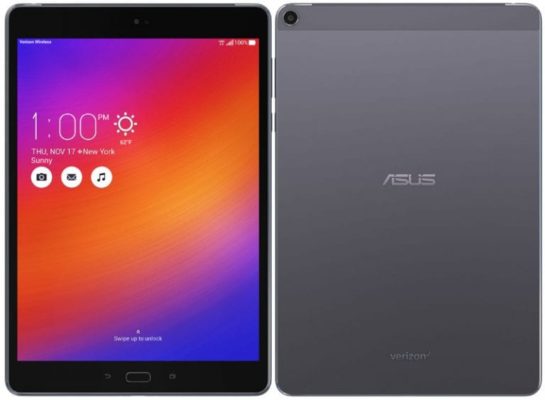 The Asus ZenPad Z10 Tablet has a 9.7-inch IPS display with 2K (2048 * 1536) pixel resolution. The in-plane switching (IPS) display technology in use ensures that the colour quality is maintained in a wide variety of viewing angles.

Present in the SoC is the same Hexa-core 64-bit Snapdragon 650 processor, and an Adreno 510 GPU. The RAM has been upgraded to a capacity of 3GB and the internal storage upgraded to 32GB, which by the way can still be expanded up to 128GB using a micro SD card.

The battery sector has received a massive upgrade, and I must say it’s a big leap. The Asus ZenPad Z10 packs a 7,800mAh battery, over 3,000mAh stronger than the ZenPad Z8’s 4,800mAh battery capacity.

Things are pretty much still the same here; there is still that single micro-SIM slot that gives it 4G LTE network connectivity support (I’m not saying it’s bad!). Other connectivity options include Wi-Fi 802.11 ac with 2.4GHz and 5GHz bands, Bluetooth 4.1, GPS with GLONASS, and the beloved USB Type-C port.

At the rear of the Asus ZenPad Z10 we have the 8MP rear camera from its predecessor, but at the front, the story has changed. The 2MP front camera on the Z8 has s been upgraded to 5MP to enable you to take better selfies.

The Asus ZenPad Z10 Tablet comes with Dual stereo speakers which use the DTS-HD audio technology which gives you lossless sound quality.

The tablet runs on Android 6.0.1 Marshmallow from the box and has ZenUI layered on top to give you extra software features and tweaks.

The Asus ZenPad Z10 comes in Slate Grey colour like its predecessor and will be available (from the 13th of October) for sale in the U.S. only and through Verizon wireless carrier alone. The tablet will carry a price tag of $329.99 in the U.S.

In Nigeria, the Asus ZenPad Z10 would cost N104,050, in Kenya, it would cost KES 33,431.12 while in Ghana the price would be GHS 1,320.16. Unfortunately, it’s highly unlikely that the device would be sold in those countries, so if you desire the Asus ZenPad Z10, here’s what you can do; go and sleep in the U.S. embassy in your country until you’re given a Visa, grab your passport and travel to U.S. When you get there, marry a citizen to get your green card, then purchase the tablet easily from Verizon and head back to your country. Thank me later 😉 .