The United States sports apparel titan announced plans to launch a first Wear-running device in January 2016, which was set to hit the market at the end of the year. The New Balance RunIQ was not released until February 2017, and it inevitably met the expectation had for it plus a few other surprises. 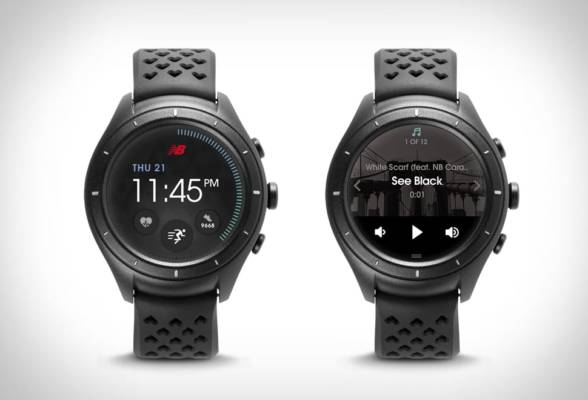 The smartwatch includes features like GPS and heart rate monitor; it also partners with Strava to make it easier to track cycling and runs sessions and to get the data in sync with the popular fitness platform with less effort. The smartwatch will be having the likes of Polar M600, LG Watch Sport, Apple Watch Series 2, Samsung Gear S3 and the Huawei Watch 2 as rivals.

The New Balance RunIQ has decided to keep things on low in regards to the design which is not bad. Unlike most sporty smartwatch such has LG Watch Sport or Huawei watch 2, it has a slim bezel, black matte coated casing, and perforated bands. Ths means it can be worn as a day to day watch when the sports tacking feature is not in use.

It feels good to wear, and this can be attributed to the soft 22mm strap made of high-grade silicone. The pore on the strap means it does not get too sweaty and is flexible enough to have a tight and secure hold on the wrist. The bands are also replaceable in case you want something different, with a range of other straps offered by New Balance. 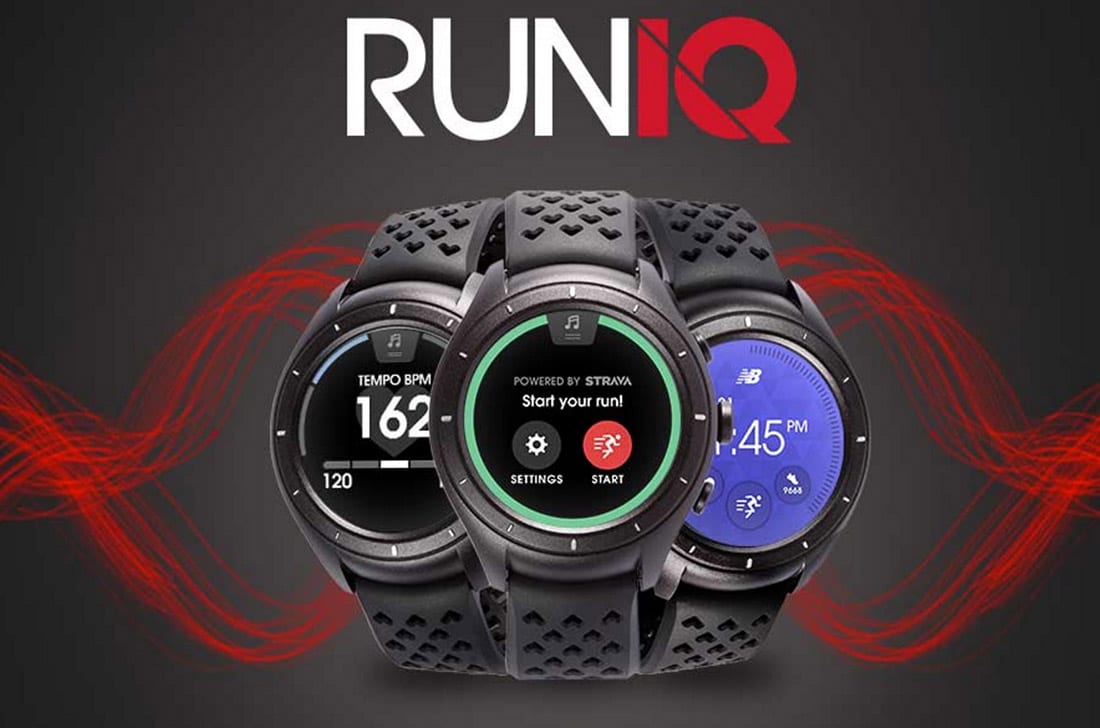 The 14mm thick casing is certainly not the slender of smartwatches neither is it too big considering it contains a GPS, heart rate sensor, and battery. In comparison to other sporty Android Wear smartwatches, it does well to concede its bulkiness, and neither does it feel that way on the wrist too. Rather it is comfortable and light both as an everyday smartwatch and a running fitness tracker

On the outside, there are three physical buttons along with the touchscreen display each having it own particular feature; the bottom one lets you count laps while the top button opens the tracking app powered by Strava. This, however, feels like a wasted opportunity since there are additional functions the buttons might have been able to do especially the bottom button seems to be useless during outside tracking. 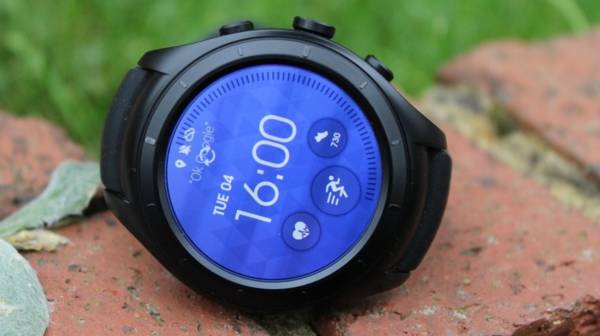 The New Balance RunIQ has a 1.39-inch AMOLED touchscreen display with a 400 x 400 resolution unlike the Lg Watch Sport with an impressive 480 x 480 resolution although it is still close regarding screen size. Nonetheless, it still has a bright and vibrant display and up there with the best that Android Wear can offer. The middle button serves as the power button and turns the display on and off.

The buttons are a bit stiff and unresponsive although this might be an intentional move to prevent you from launching a tracking session accidentally. It runs on an Android wear 1.5 which is upgradeable to Wear 2.0, and when it does, it would be able to launch Google assistant and download apps from the watch using the onboard Wi-Fi.