Gionee is set to launch two new smartphones in the high-end section, as evidenced by the invites sent out by the company (on the 11th of February) for the global launch event of the two new devices – the Gionee A1 and Gionee A1 Plus. Both are to be launched at the 2017 edition of the annual MWC event in Barcelona on the 27th of February.

Now, live images of the lower variant, the Gionee A1 have surfaced on a Nepalese website, and the images confirm earlier rumours of some specifications of the device, as well as revealing more details about what the A1 is bringing to the table.

Gionee A1 Specifications, Review and Highlights 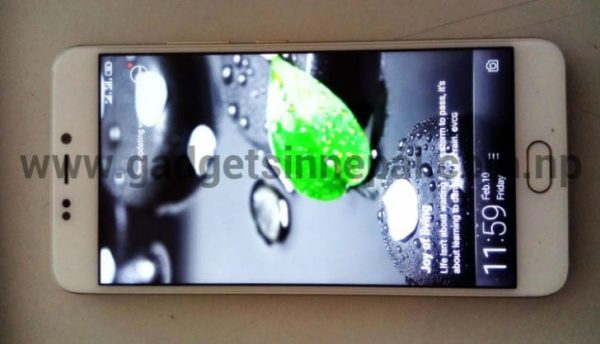 The Gionee A1 will have a 5.5-inch FHD display with 2,5D curved glass. The phone comes with something quite different from what we’re used to in smartphones, in that it has a physical home button at the front below the display, but still sports its fingerprint sensor at the device’s rear.

The A1 is powered by a yet-to-be-known MediaTek processor with a speed of 1.8GHz. It has 4GB of LPDDR3 RAM and 64GB of internal storage space which can be expanded up to 128GB with a microSD card.

In terms of photography, the Gionee A1 is selfie-centric as it sports a 16MP camera at the front, as opposed to the 13MP camera present at its rear. From the images, we can see that the rear camera is accompanied by a LED flash and will most likely have PDAF, but all we can see around the front camera are the infrared sensor, (probably) a notification indicator and the proximity sensor.

The Gionee A1 is expected to come with a hybrid dual SIM slot and support 4G VoLTE networks. It promises super WiFi speed with its Wi-Fi 802.11 ac/a/b/g/n certification, and it intends to last long enough for you to enjoy all of its features, as it packs a 4010mAh battery.

In terms of software, the Gionee A1 runs on the latest Android 7.0 Nougat software with Gionee’s custom Amigo OS 3.6. 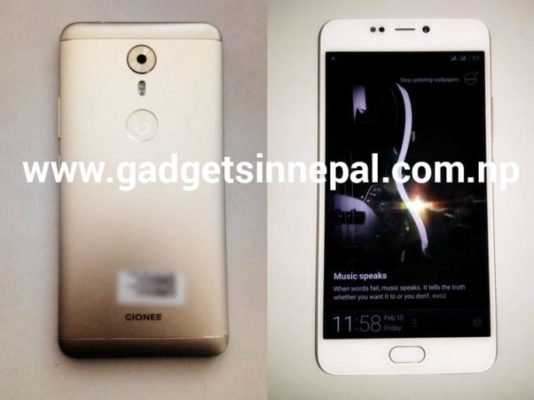 Availability and Price of Gionee A1 in Nepal, India, Nigeria & Kenya

The Gionee A1 is expected to be sold for NPR 35,999 in Nepal, and would reportedly be available in the country from the 15th of March. It will be launched in gold colour, and as I said earlier, it will be revealed on the 27th of February at the MWC 2017 event. It will also be launched in India in March.