The Gionee M6 Lite is a budget variant of the M6 and it comes in a metallic back design with narrow bezels on the sides. It comes with an advanced encryption feature, offering you the latest security to keep your phone from prying eyes.

Gionee stepped down the M6 in order to produce its mid-range M6 Lite. In spite of the fact that it sports features less than the M6, the smartphone remains a big competitor among many low-cost smartphones.

On the other hand, the Tecno Phantom 6 Plus is the 2016 flagship smartphone from TECNO mobile which was released alongside it’s variant – Phantom 6. The Phantom 6 Plus also features a few upgrades including; an overall new design, larger RAM, stronger battery and a new security system.

In this article, I pit Gionee M6 Lite against Tecno Phantom 6 Plus. I’m going to compare them according to their specifications (display, design, memory, battery, hardware, software, etc) and when I’m done, I’ll leave you to choose which one is best for you. Enjoy.

The Gionee M6 Lite smartphone comes in a metallic back design with narrow bezels on either the side, the Gionee M6 Lite sports a conventional 5.5 Inch Full HD IPS and a resolution of 1080 x 1920 (401 PPI) pixels to give a good picture quality while the Tecno Phantom 6 plus is equipped with an incredibly slim body design and a 5 layer full metal body. It sports a bigger 5.95-inch IPS capacitive touchscreen with a resolution of 1080*1920 FHD, 370 pixels per inch (PPI), perhaps this maybe one of the key features that may eventually influence users’ decisions, as many people now fancy large screen smartphones nowadays. The Phantom 6 Plus also comes with corning gorilla glass v3.0.

The Gionee M6 Lite is powered by Octa-core MediaTek MT6755 Helio P10, with Mali-T860MP2 GPU and a speed of 1.8GHz frequency processor to ensure that the phone runs smoothly with multiple applications opened simultaneously. In contrast, the Phantom 6 plus is powered by a more powerful 2.0 GHz 64-bit Deca-core MediaTek processor with Helio X205 (MT6797M) Chipset and it runs on Mali T-880 GPU. You don’t need to think twice before you go for the Deca-core powered Phantom 6 Plus that delivers a more powerful performance.

In terms of storage, both phones offer 4GB of RAM, 64GB ROM expandable to 256GB through a slot for the micro SD. 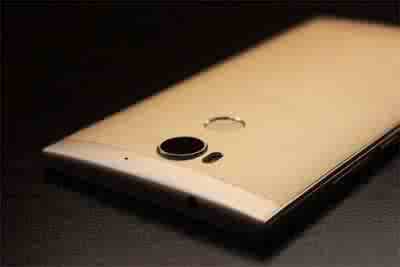 In camera department, The Gionee M6 Lite comes with 13MP f/2.0 aperture phase detection autofocus, dual-LED flash rear camera and 8MP front camera, compared to many phones out there, this is a massive improvement, however, this is nothing compared to the Phantom 6 Plus which comes with an incredible 21MP SONY rear capturing award-worthy 80 MP Fusion images and 8MP front camera with LED flash.

The Gionee M6 Lite packs a more powerful non-removable Li-polymer 5000mAh battery to give you a long-lasting battery with a fast-charging feature while the Phantom 6 Plus comes with though an impressive 4050mAh non-removable battery, also with a rapid charge but this is not enough to knock off the Gione M6 Lite power house..

Both the Gionee M6 Lite and Tecno Phantom 6 Plus support Wi-fi/2G/3G/4G/LTE. The devices come with a Bluetooth, Hotspot, USB type C port and a GPS.

The Gionee M6 Lite runs on Android 6.0 Marshmallow and a 0.23 second Fingerprint Sensor speed. The phantom 6 plus also runs on Android 6.0 operating system but also comes along with the HiOs (TECNO`S custom UI). Tecno Phantom 6 Plus also sports a very reliable fingerprint recognition technology and an iris scanner. So in terms of software, the Phantom 6 Plus offers more.

Even though we have established that the Tecno Phantom 6 Plus is not a mid-range budget phone unlike the Gionee M6 Lite, but then, its performance, camera and other features equally outweigh those of the Gionee M6 Plus.

So, which would prefer between the Gionee M6 Lite and Tecno Phantom 6 Plus based on our comparison above?