Before I lay more emphases on the Honor Note 10 screen flickering issues, let me first enlighten you about this device, because the knowledge about this phone will make you see reasons why you must try to fix this Honor Note 10 Screen Flickering Issue.

Table of contents: show
1 How To Fix The Honor Note 10 Screen Flickering Issue
2 Perform A Soft Reset
3 Boot The Phone In Safe Mode

This device named Honor Note 10 is actually a large premium Android smartphone that was first released in August 2018. In terms of its appearance, it has a solid build quality made of an Aluminum frame with glass on both the front and back, not only that, it makes use of a 6.95 inch AMOLED screen with a resolution of 1080 x 2220 Pixels. This device has a dual rear camera system, having a single 13MP in front. Under the hood is a Hisilicon Kirin 970 Octa-core Processor which is paired with 8GB of RAM. The possibility of faults developing on this device is absolutely there, not minding how performing the device can be. So in this article, we will deliberate on a major problem of Honor Note 10 which is “Screen Flickering Issues”

How To Fix The Honor Note 10 Screen Flickering Issue

Mind you, before you try any of the troubleshooting steps that will be outlined below, make sure you are running on the latest software version. Not only that, if there is an update, please download and install it first, you know why? Because this will actually reduce the possibility of the problem being caused by the old software. Below are simple troubleshooting guards that will help you. 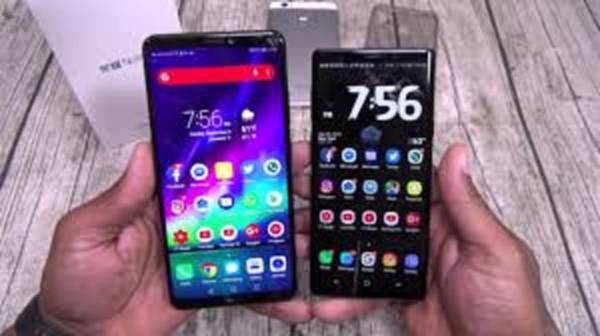 We have seen instances when temporary data stored in the phone gets corrupted. And this gives rise to certain issues to occur on the phone. If that is the case, I will suggest you refresh the phone software as the action will clear out any corrupt temporary data from the phone. This can be achieved by simply restarting. To do this follow the guidelines below:

Check if the flickering screen issue still occurs, if it does occur, make use of the next guard.

Boot The Phone In Safe Mode

It could be possible that the problem you are facing is actually from the app you downloaded and installed from the Play Store. So in order to check if the problem is caused by the app you downloaded, you have to start the phone in safe mode, because only preinstalled apps are allowed to run in this mode. To do this, make use of the guideline below:

If peradventure the problem didn’t occur in this mode, have in mind that this is caused by an app you installed. Look for the app and uninstall it. I will suggest you use the trial and error method.