The official launch of the Huawei Honor Note 8 which was scheduled for August 1 has finally taken place, with Huawei unveiling the 6.6-inch phablet which has a rich array of specifications under its arsenal. The device also carries a price tag that guarantees it can be afforded by most persons. 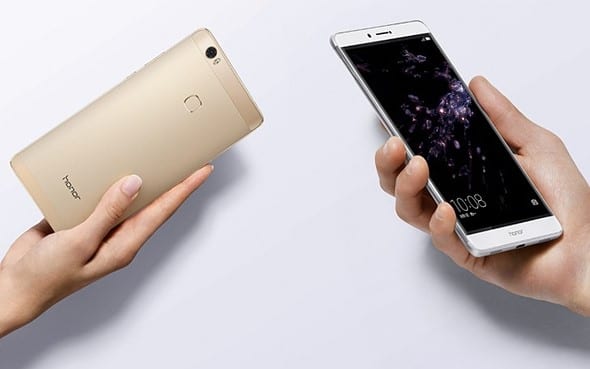 Recall that Huawei revealed the device will be called Honor Note 8 when many had thought we’d be seeing a device with Honor V8 Max moniker. The device spescs was also teased to include a 6.6-inch display with 2K resolution and sure the Honor Note 8 features that and more. The display comes with a Super AMOLED panel with 105% NTSC color gamut coverage and 70000:1 contrast ratio. This doesn’t create an overly bright display as that can be adjust to suit the user. There’s also a 2.5D glass cover on top of the device and the expansive display supports multitasking as well.

The Huawei Honor Note 8 also features an Octa-core Kirin 955 processor which is backed up by a 4GB RAM on all versions. There are three versions of the Honor Note 8 available, depending on the internal storage size. The phablet has a base version with 32GB of on-board storage, another one with 64GB of internal storage and yet a high end version with a mammoth 128GB storage on board.

Talking about the camera, the Huawei Honor Note 8 packs a 13-megapixel rear camera unit with f/2.0 aperture, OIS and DPS/GPU dual noise reduction and up front, there’s an ample 8-megapixel shooter. Also, the device comes with dual-SIM, dual standby and 4G LTE support and has USB Type-C port on its metal fuselage.

The Honor Note 8 crams a cool 4500mAh battery which supports fast charging and despite the battery size and the size of the entire device, it only weighs 219grams and measures just 7.18mm.