Huawei Honor has announced a new smartphone in it’s Honor V series, the Huawei Honor V9 to succeed the Honor V8 that was launched last year. The launch date of the Honor V9 was announced by the company some days back, and now it has fulfilled its promise.

The Honor V9 was certified by TENAA some weeks ago, and its listing on the certification site has already revealed most of its specs which have now been confirmed by its official launch. The phone sports a similar design to its predecessor, but most of the specs have been improved upon, as you would expect of a successor. 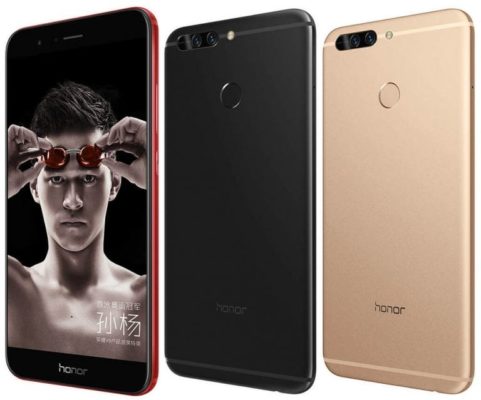 The Honor V9 has a full metal unibody design and comes in a variety of colours including Midnight Black, Flame Red, Platinum Gold and Aurora Blue.

The Honor V9 is powered by Huawei’s own Kirin 960 processor with four 1.8GHz Cortex A53 cores and four 2.4GHz Cortex A73 cores, with an octa-core Mali G71 GPU handling its graphics operations.

The Huawei Honor V9 sports 12MP dual Laser AF cameras with f/2.2 apertures at the rear with a dual-tone LED flash for visibility in low-light situations, while at the front, there is an 8MP camera for shooting selfies.

The phone has a hybrid dual SIM slot which supports 4G LTE networks. It offers fast wireless connectivity with its Wi-Fi 802.11 a/b/g/n/ac and Bluetooth 4.2 certifications and allows reverse charging via its USB Type-C port.

The Huawei Honor V9 packs a 4000mAh battery (despite its slimness) with fast charging capabilities.

The Honor V9 runs on the latest version of Android, Android 7.0 Nougat with version 5.0 of Huawei’s custom user interface, EMUI layered on it out of the box.

On the hardware side, the V9 sports a fingerprint sensor positioned below the rear camera module, and an infrared sensor beside the front camera. The fingerprint sensor can be used with Huawei’s payment platform, Huawei Pay (similar to Samsung Pay). The phone also has a hardware button that functions for opening apps quickly on the press of the button and carry out actions using your voice. 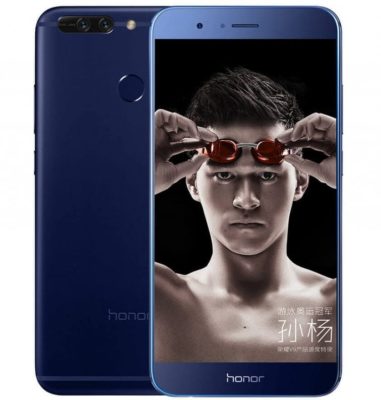 The Huawei Honor V9 is now available for order in China and would be available for sale from the 28th of February. The phone costs differently for each storage variants and the prices are listed above.