Huawei MediaPad M3 Lite 8 is a special device to come off the Huawei platform. The first beauty about the tablet is its similarity to a phablet. The tablet also scores a high on the camera quality chart as its sports quality camera lenses at the front and its back. How about we leave the intro aspect and go straight into the detailed specs of Huawei MediaPad M3 Lite 8? Oh yes, straight up to the dissection! 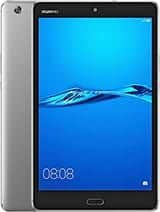 The tablet’s sleek aesthetic makes it look more of a phablet than a tablet. It can be conveniently held in hand due to its 310g weight. Its dimensions are 213.3mm length x 123.3mm width x 7.5mm thickness. The tablet with the phablet-like appearance has its front camera located on the top bezel. At the top left corner of the tablet’s frontal is the “HUAWEI” logo. The bottom bezel is home to the home key. The side of the tablet sports the volume keys and the power button. The tablet’s top left hand corner on its rear is home to the rear camera. The colours in which the tablet was released are white, space grey and gold.

The camera department of the tablet truly nulls the saying that tablets have poor camera quality. Capturing photos and recording videos at the rear is done by an 8 MP camera lens. Some of the features of the camera are – Geo-tagging, touch focus and face detection. Its front camera also uses an 8MP shooter for taking selfies. There’s lack of LED flash to act as brightening agents.

The operating system of the tablet is the Android v7.0 Nougat. Qualcomm MSM8940 Snapdragon 435 chipset along with an 8-cored Cortex A-53 CPU is what powers the tablet. The processor clocks at a speed of 1.4GHz. The graphics on the tablet is taken care of by the Adreno 505 GPU.

In the battery compartment, a non-removable Li-Ion 4,800mAh is made available.

The tablet was announced and released in June 2017. The price of the tablet is about 300 Euros.

What is The Current Huawei MediaPad M3 Lite 8 Price and Availability Status?

You can click on the links below to view latest Huawei MediaPad M3 Lite 8 price & availability.

Where to Buy Huawei MediaPad M3 Lite 8 & Pay On Delivery