Android 7.0 Nougat OS keeps growing since it was released in August 2016, and is now used on 45% of Android smartphones in the world. Although, the number is still less compared to Android 6.0 Marshmallow that is running on 31.2% Android devices.

Rumours flying around after the release of Android 7.0 Nougat OS upgrade on the two latest Infinix smartphones – Infinix S2 & S2 Pro in March have been that Infinix will soon be releasing updates for other phones in coming weeks. Phones listed to be receiving these updates include Infinix Zero 4 and its counterpart the Zero 4 Plus, 2015 Zero 3, Infinix Note 3 (already gotten beta version) as well as Infinix Hot 4, Hot 4 Pro, Hot S and Hot S Pro.

A few days ago, we received another report claiming that the update was being worked on, but only two phones were mentioned – the Infinix Zero 4 and Zero 4 Plus. This same report added that these two phones could receive the Android Nougat treat beginning mid-April, which is just a few days from now. 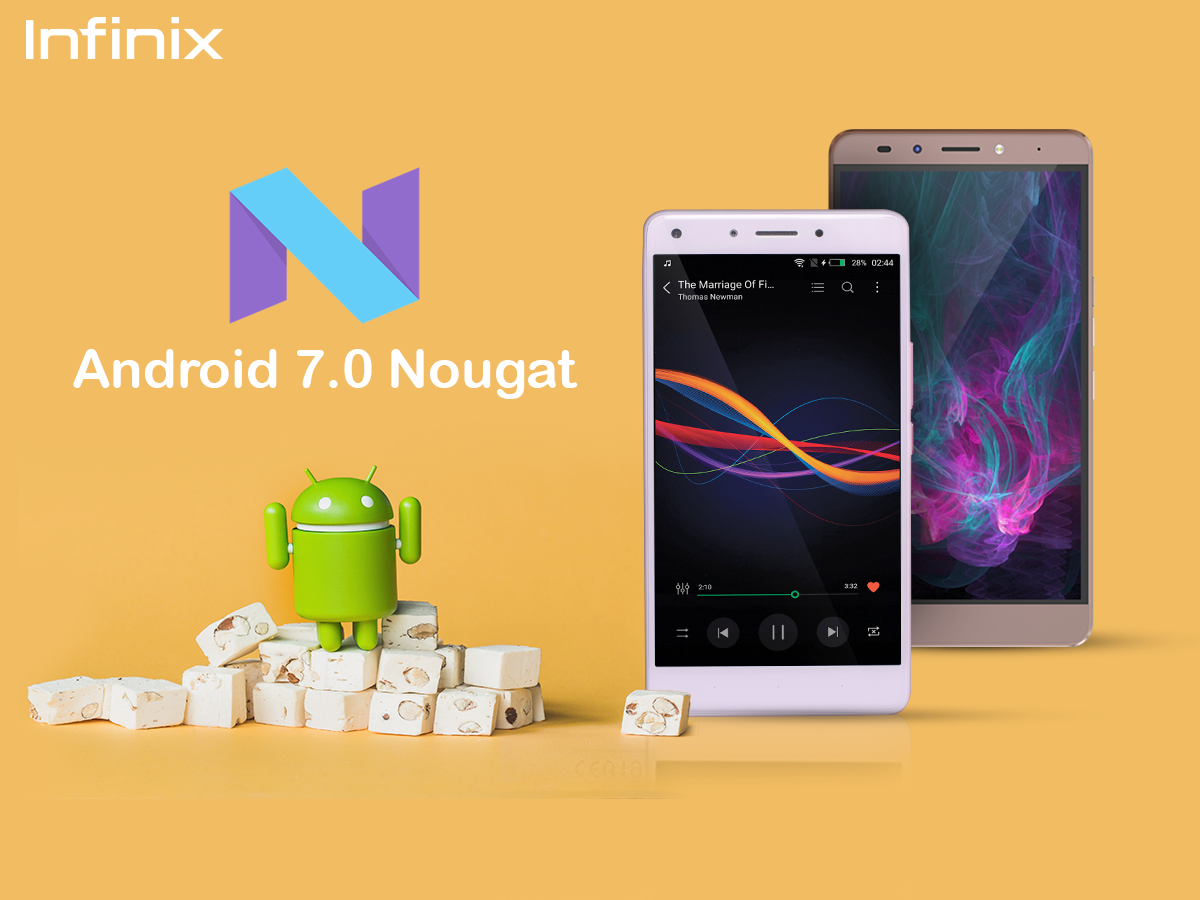 According to a new report posted on the official Infinix Mobility forum, it has now been confirmed that Android 7.0 Nougat OS will be available for quite a good number of Infinix smartphones. Top on the list are the company’s current flagships – the Zero 4 and Zero 4 Plus, followed by Infinix Hot 4, Hot 4 Pro as well as Infinix Hot S – but there’s no room for the 2015 Infinix Zero 3. Those using the Infinix Note 3 had already gotten the beta version update, though the Pro version of the latter model has not been included on the list, we still expect to see Android 7.0 Nougat hitting this phone.

Below are the Infinix smartphones listed to receive the update package to the latest version of the Android OS, Android 7.0 Nougat:

The obvious thing about this list is that it contains only the smartphones released by Infinix Mobility in 2016. Infinix Note 3 and Note 3 Pro users are already enjoying a beta version of Android 7.0 Nougat. If you are Note 3 or Note 3 Pro user and doesn’t know how to upgrade to the new Android OS version, check out this tutorial, and when the stable version of the update finally rolls out, the two smartphones will be updated along with the others in the list.

Here is the schedule Of the Release

Stable Android 7.0 Nougat OS will start rolling out on Infinix Zero 4 and Infinix Note 3 by the end of April. On the other hand, the update for Infinix Zero 4 Plus will be available for download as from 25th of May, but this will only be a beta version meant for testing. Infinix Mobility will then roll out the second beta on 15th June and starting 15th July; the stable version will be released to all users of the Zero 4 Plus.

The Infinix Hot 4 Pro will receive its update to Nougat on 30th April like the Zero 4 Plus, and then followed by a second beta on 20th May, and the stable version will start rolling out from 5th June. Users of the Infinix Hot 4 will also receive the update in phases, starting with the beta one on 30th May, beta two on 20th June and later by 20th July, the final version will be released to the public.

The Infinix RD Team has confirmed that Android 7.0 Nougat will be available for the Infinix Hot S, but the official dates will be confirmed soon. As noted earlier, the Hot S Pro model has not been listed, but we expect to see details about it alongside those of the non-Pro version sooner than later. Keep following us, and we’ll update you on when this will be happening.