The Innjoo Fire 4 Plus is the last of the three smartphones that were revealed by Innjoo at last month’s Mobile World Congress event in Barcelona, the first two being the Pro 2 and Innjoo 4.  As with the others and the recently launched Halo 3, the Innjoo Fire 4 Plus comes with a unique feature of its own; it would be the first Innjoo smartphone with dual rear cameras. 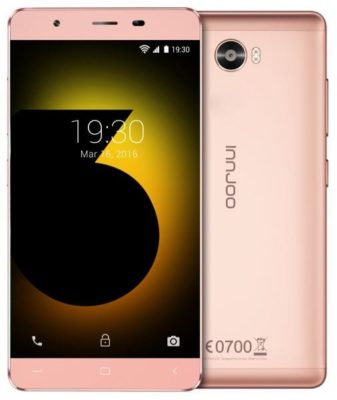 There’s currently no smartphone named Innjoo Fire 4, so I’m wondering where the Plus here comes from. Perhaps that’s the latest pattern of naming smartphones. Only a handful of the smartphone’s specs were released at the event, but I’ll try to expand on the few I have in anticipation of the release of the smartphone.

The Innjoo Fire 4 Plus will come with a 5.5-inch screen which will most likely have a Full HD (1920 * 1080) pixel resolution. The smartphone will surely have a metal unibody design and will come in an array of colours to suit each customer’s taste.

We don’t know what model of processor the Fire 4 Plus will have, but it will surely be a MediaTek processor with eight processing cores. It will likely have 4GB of RAM and 32GB/64GB of internal storage that can be expanded via microSD.

At the rear of the smartphone is a dual camera setup, both with 13MP lenses. One of the cameras will function as a regular camera while the other will be used for selective blur effect on images.

A 5MP camera is also present at the front od the smartphone for taking selfies.

Like the other two phones that were showcased at the event, the Innjoo Fire 4 Plus will pack a 3000mAh battery with fast charging technology. It will come with a dual SIM slot and support 4G LTE networks.

The Fire 4 Plus will most likely run on Android 6.0 Marshmallow out of the box.

Availability and Price of Innjoo Fire 4 Plus in Nigeria, Kenya & Ghana

The Innjoo Fire 4 Plus is expected to be released alongside the Innjoo 4 soon. When this happens, we would be able to relate the smartphone’s price details to you.