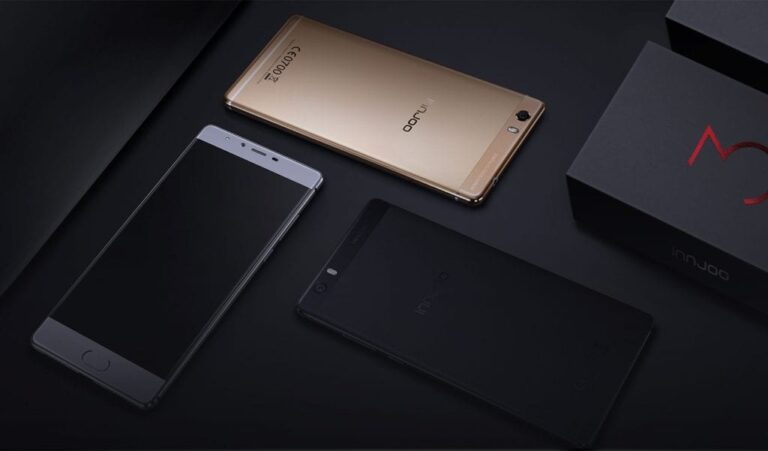 Towards the end of last year, Innjoo Mobile began to show some traits of seriousness and readiness to start delivering quality gadgets to consumers in its target markets, more accentuated with the release of some spectacular smartphones like the Innjoo 3 and the announcement of the Innjoo Pro 2. This year, the company continued with the impressive trend, appearing at the Mobile World Congress (MWC) 2017 event with three of its most spectacular devices; the upcoming Innjoo 4 and Innjoo Fire 4 Plus, and the previously announced Pro 2.

Some other specifications like the front and rear camera details, storage capacity and CPU were revealed at the MWC event, and there are some like the display and software that can be speculated based on intuition and predecessor specs.

As was said earlier, the Innjoo 4 will become the first Innjoo smartphone with a MediaTek X processor, specifically a  MediaTek Helio X20 processor with eight processor cores and a triple-cluster CPU configuration called Core Pilot that allows the processor reach a maximum speed of 2.3GHz.

Along with this is 4GB of RAM and 64GB of internal memory which can be expanded with a microSD card.

These details were not revealed by the manufacturer at the event, but we expect that the Innjoo 4 will come with a 5.5-inch Full HD IPS LCD display like its predecessor, though we can’t put it past Innjoo to surprise us with a 6-inch display, since most OEMs are now going the phablet way for their flagship devices.

The Innjoo 4 will sport a metal unibody design with a probably sleeker feel and look than the Innjoo 3, though it’s not as if I’m complaining about the latter.

As revealed by Innjoo at the MWC 2017 event, the Innjoo 4 will sport a 16MP camera with LED flash at the rear, and a 5MP selfie camera. This is quite surprising, considering that the Innjoo 3 has a 21MP rear camera and 8MP camera, but the device has not been launched yet, so for now, we cross our arms and observe.

We don’t know the capacity of the battery in the Innjoo 4, but we do know that it will be non-removable and support fast charge, the latter feature thanks to the processor it’s using. Its processor also reveals that it will support 4G LTE network connections.

The Innjoo 4 is expected to run Android 7.0 Nougat out of the box. If this happens, the device would become the first Innjoo smartphone to run that version of Android, and could even become the first among its competitors (Tecno, Infinix & Itel).

Availability and Price of Innjoo 4 in Nigeria, Kenya & Ghana