UMi has released the UMi ROME and UMi ROME X. But first, let me tell you why this is good news. When I pick up the S6 edge, the first impression is that the phone’s back should feel more natural and comfortable. The curvature of the sides should adapt to that of the palm of a my hand in the same way as buttoning a shirt. So, today, here are the Umi ROME and ROME X. The UMi ROME, the ROME X have the excellent feel of the Samsung S6 back in addition to a slimming edge, yet the two phones are now available for just $119.99 and $74.99 respectively. 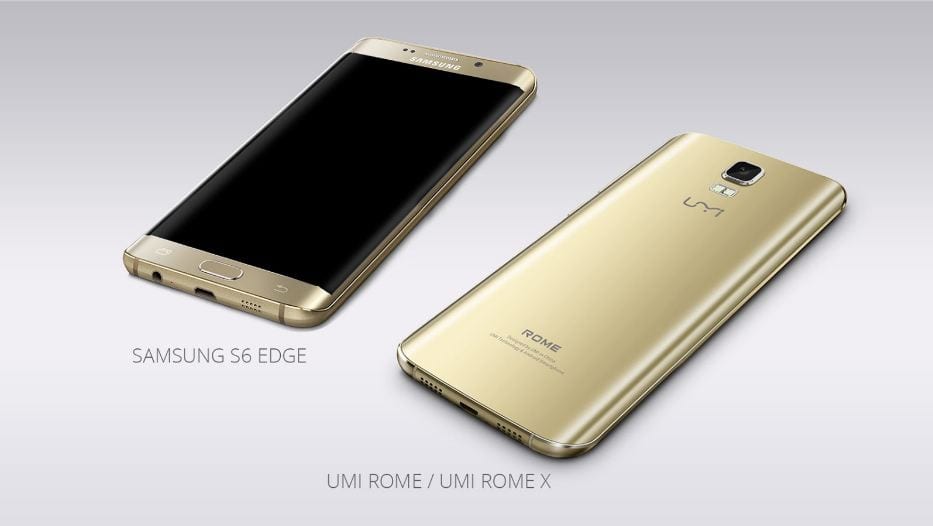 The UMi ROME and ROME X have a lot of design features that make them stand out from many other phones currently on the market. These features range from the slim 7.9mm thickness, the laser-cut metallic frame, the removable polycarbonate battery cover to the beautiful gold color.

Both phones are very slim regarding their design. Even though 7.9mm thickness is still striking, both phones look even thinner to the eyes due to their artistic curves. Umi achieved this by the sloping edges on the back of the phone. Instead of the battery cover meeting the metal frame on sharp edges, the sides instead curve to coincide with the metal frame on the sides of the phone. 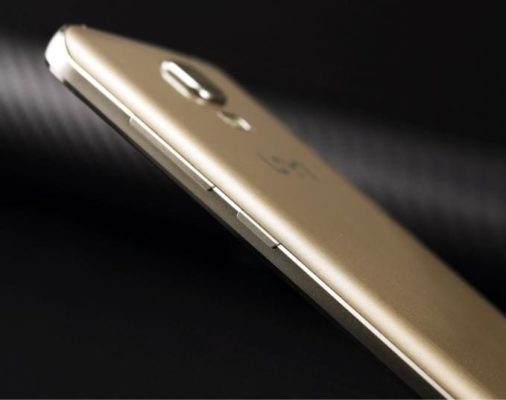 The laser-cut metal frames make UMi ROME and UMi ROME X outstanding. The metallic frame is continuous all around the sides of the phone and is intuitively curved to merge with the palm. In both front and the back of the phone, the frame integrates seamlessly with the screen and the back cover. The structure, therefore, achieves a unibody look, and it is thus not easy to realize that the phone’s battery cover is removable. 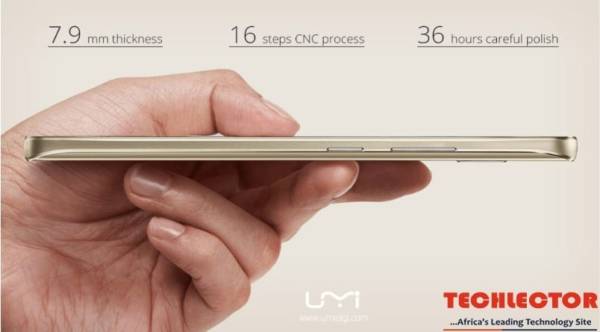 The battery cover in ROME and ROME X is removable. That makes tasks such as swapping out the SIM and the SD-Card simple. If you recall, the most disadvantageous feature of the S6 and other high-end phones that have built-in batteries is the exclusion of the SD card slot. But Android is capable of handling SD cards of up to 128GB in capacity, and that means that we should get the privilege to enjoy this useful feature. 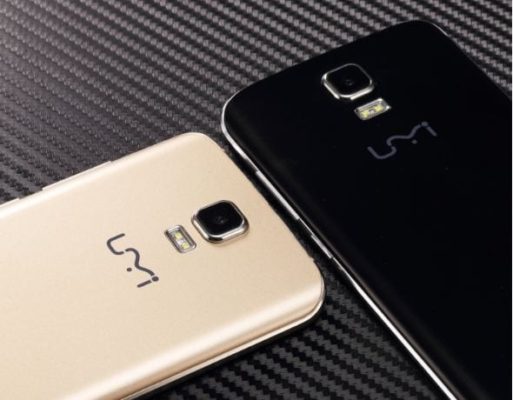 The removable back cover also has another decent feature. It is very flexible. Even when you try to fold the back cover in half, the cover will not crack. It simply yields to the pressure and then resumes its normal form when you release the pressure. Such flexibility implies that when you remove the battery cover and accidentally step on it or sit on it, you do not have to worry about it cracking or breaking at all.

The removable back cover also has another decent feature. It is very flexible. Even when you try to fold the back cover in half, the cover will not crack. It simply yields to the pressure and then resumes its normal form when you release the pressure. Such flexibility implies that when you remove the battery cover and accidentally step on it or sit on it, you do not have to worry about it cracking or breaking at all.

At first glance, you will not believe that these are phones worth less than $120. There is no difference in the outer looks from the looks of other high-end phones such as the S6, which cost almost six times as much. 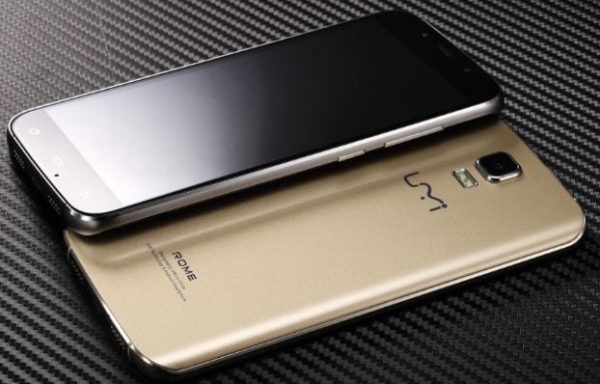 As mentioned before, the two phones have many advantages over the S6 due to the enhanced ergonomics. If you want a phone that rests nicely in the palm of your hand and has all the features you can think of such as fast processor and the latest Android OS, then the UMi ROME and UMi ROME X are for you.