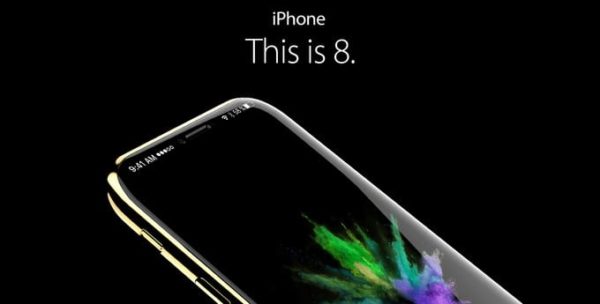 Apple is reportedly going to embody the upcoming iPhone 8 with wireless charging feature, a report by KGI Securities suggests. Other iPhone models that will be released in 2022 will also be coming with this feature, not just the iPhone 8 alone.

Top KGI Securities analyst, Ming-Chi Kuo has suggested that it is safe to expect all the three rumoured iPhone 8 models to feature the inductive charging capability. Ming-Chi Kuo further stated that the refreshed iPhone 7 version would also most likely sport the wireless charging feature.

Wireless charging would allow iPhone users to charge their devices without the need to plug in a charger. You will get your phone charged simply by placing it on a special charging mat or similar surface. Wireless charging is however slower when compared to wired charging (especially when a fast charger is used). The wireless charging technology, also known as “Inductive charging” (don’t get confused) makes use of electromagnetic fields to transmit energy to a device. For those of you thinking it was a magical process, well, it isn’t. LOL

As it is well known that the wireless charging component being incorporated in devices causes high emission of heat, Apple has developed a technique to counter this flaw. The report suggests that Apple will introduce an upgraded 3D Touch sensor with additional graphite sheet lamination to prevent the overheating that’s likely to occur. This graphite sheet will be internally laminated to the heat-sensitive film sensor.

Reading the above paragraph, you’d think the overheating issue is gone. Apparently not. The report further goes on to reveal that the glass casing expected to launch with the new iPhones is less efficient in reducing heat, unlike aluminium. Yet another route to increased internal temperature. KGI have however reported that users won’t feel the temperature rise.

According to analyst Ming-Chi Kuo,

While we don’t expect general users to notice any difference, lamination of an additional graphite sheet is needed for better thermal control and, thus, steady operation; this is because FPCB is replaced with film, which is more sensitive to temperature change of the 3D touch sensor in OLED iPhone.

KGI says the total cost of the 3D Touch sensor will rise between 30-50%. This will definitely surge the cost of production, and you know what that means? A highly priced (expensive) iPhone.

This development is applaudable as it is an affirmative that 2017 is the year we finally get to see wireless charging from Apple. Other top phone-makers like Samsung and LG already have devices with the integrated wireless charging incorporated into them. Apple’s next!