After a recent release of the Lenovo Legion Y520 gaming laptop, here is its bigger, stronger and more advanced brother of the gaming machine called Lenovo Legion Y720. At first glance reveals an apparent affiliation to the Lenovo game line. It’s a gaming model with powerful, but rather noisy cooling and graphics GTX 1060. 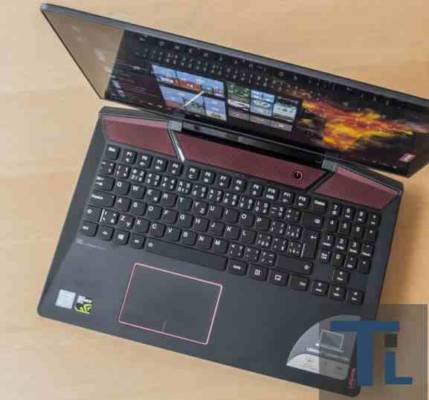 Compared to the Lenovo Legion Y520 Laptop, the Lenovo Legion Y720 however has some differences between the two gaming laptops especially in the display section, the keyboard type and the overall dimensions of the notebook. However, I do not want to say that the novelty has an unpretentious or tasteless design. At the same time, however, current trends prefer thin-frame displays, which is not the case with the Lenovo Legion Y720.

So, if you’re looking for a vibrant, clean notebook, you’ll have something to do with the Lenovo Legion Y720. Weighing over 3 kilograms without an adapter, the Y720 is only suitable for intermittent transmission. Because of its hardware, it is not the lightest notebook. 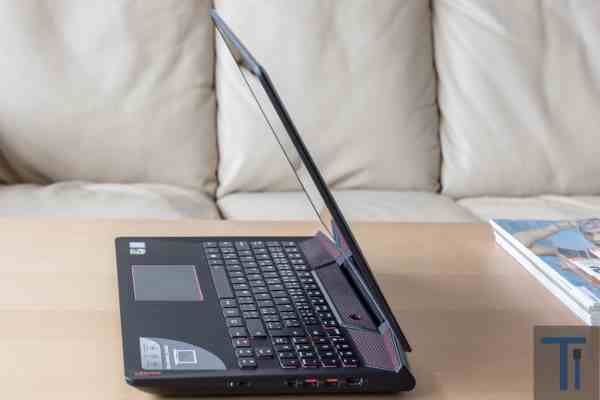 Some of its competitors weigh even under 2 pounds. The new one, however, defends its weight with more efficient cooling.

When you open your notebook, you will be intrigued by the backlit keyboard. Large keys are a plus and work is very similar to a desktop keyboard. The exception is only a numeric block, the size of which is smaller, as space for directional arrows has been created.

The keyboard does not have any technological benefits, but it does its job. For backlighting, you can choose a model with an RGB palette, or go for a simpler model with a red backlight. 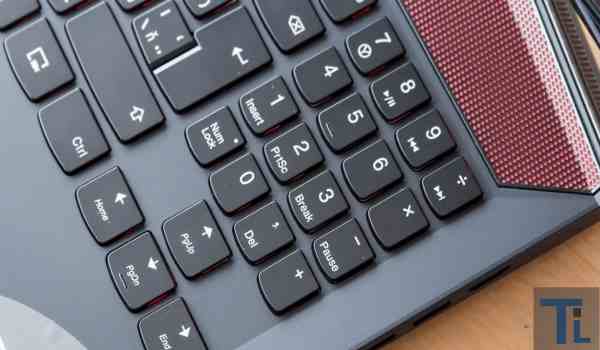 I will choose the RGB model only if I have strong prejudices against red colour. In that case, I would be thinking about an entirely different laptop. The touchpad was not very sympathetic to me.

Its response and finger movement responses are excellent, but the buttons are not separated from the rest of the touchpad, and you need to have different forces in different positions to compress them. 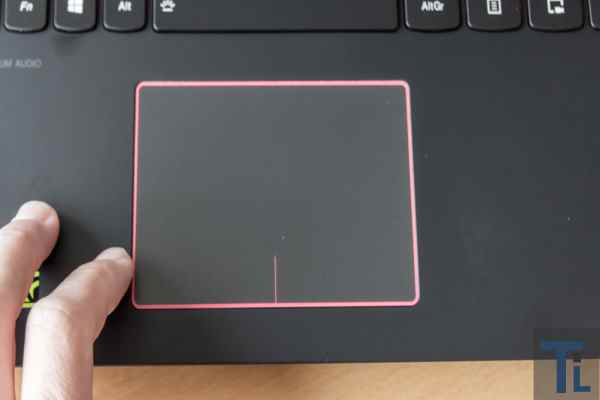 The Full HD IPS display is based on its resolution for playing games, as with 4K resolution, the graphics card would not be able to play games at the highest level. Observation angles are, as with IPS panels, fantastic, but this display is far away from true colour rendering.

It’s enough to play, but you’ll notice minor variations. Someone may have a longer response time than 10 milliseconds when switching from white to black and vice versa. I did not see any negative qualities when playing alone. 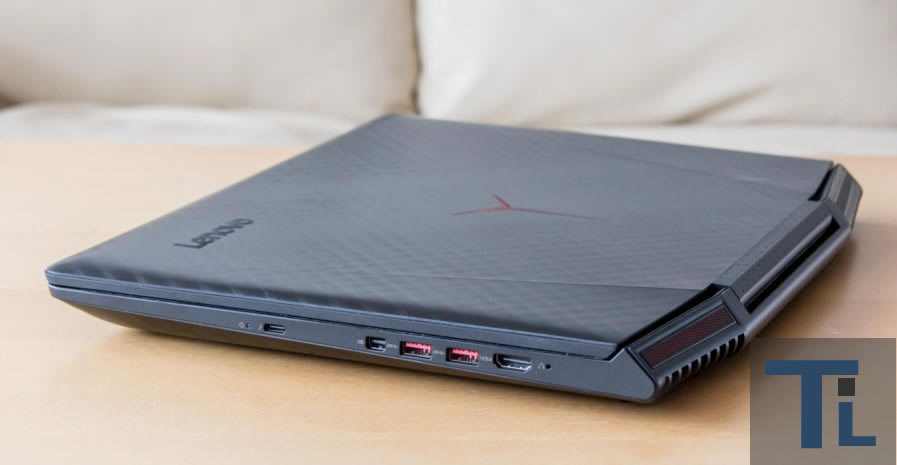 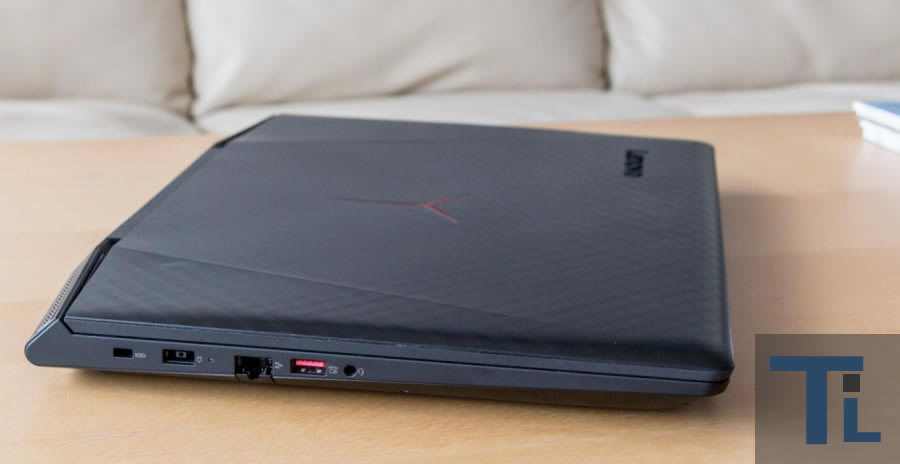 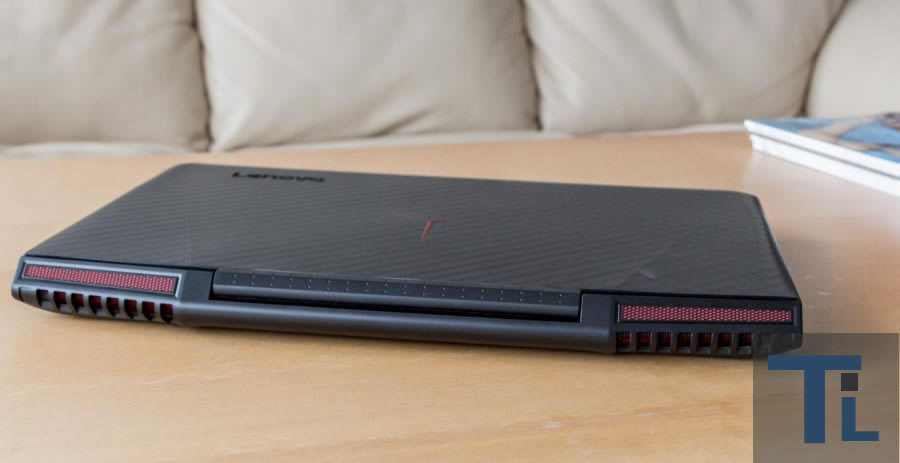 For many, the main reason for the purchase will be the Nvidia Geforce GTX 1060 graphics card with 6 GB of memory. Although it is not the most powerful graphics card of today, it is still powerful enough to play any game on your notebook at maximum detail.

Of course, I’m talking about Full HD resolution. But I also have to note that there will be titles where you will not get 60 frames per second in full detail. Even so, it is an excellent performance for the notebook.

Interestingly, this model has a 100 MHz higher frequency of the graphics core than the card has from the manufacturer. It also resulted in a significant increase in performance. The powerful Intel Core i7-7700HQ processor and 16GB of memory will be a powerful graphics card, which will be enough for a few years. 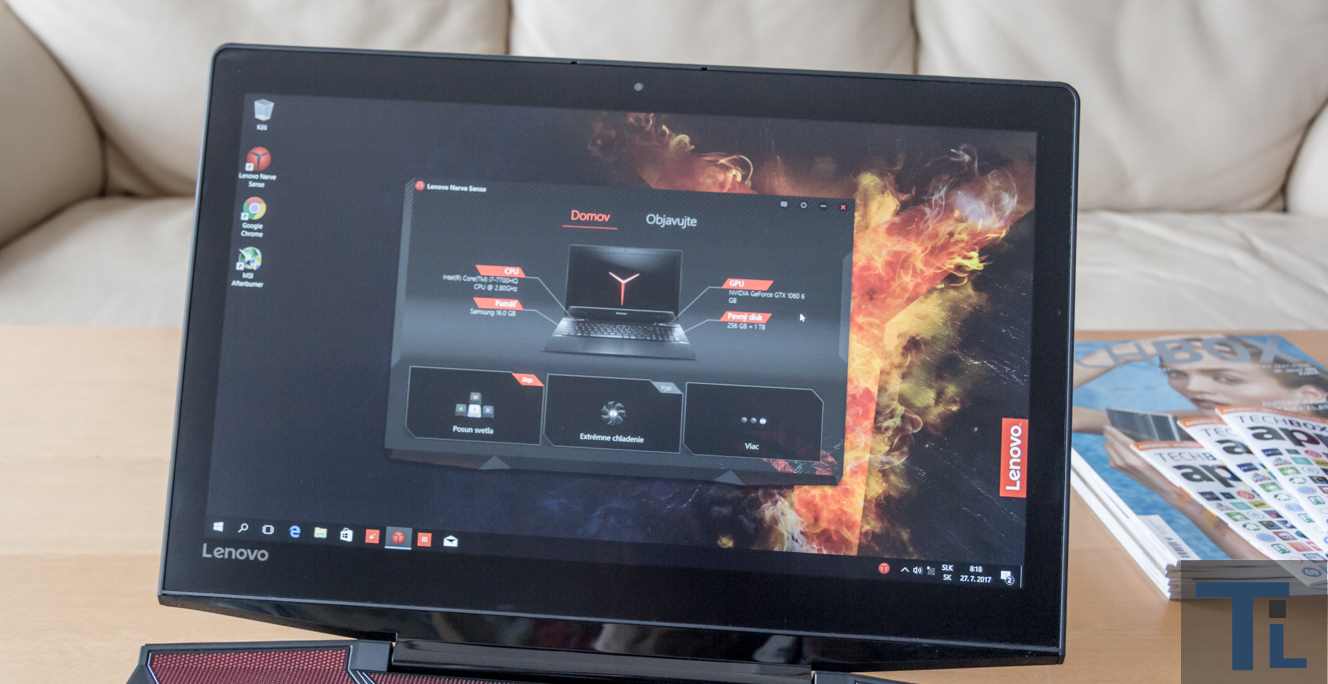 The entire system is cooled by a pair of fans that are located on both rear edges of the notebook base. Cooling is in itself well-designed, and the laptop has no problem with cooling even at high load.

Lenovo allows you to set cooling to maximum fan speed when the entire system is cooled to the edge of the options, which is accompanied by considerable noise throughout the system. In real life, however, this condition will never occur, even though you will surely hear the fans. 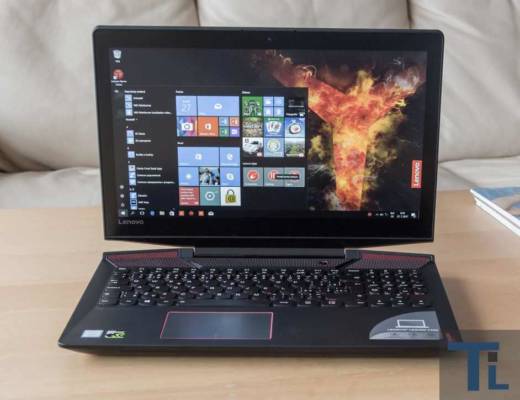 A pair of hard disks is ready for your data. For the operating system and demanding applications, the 256GB SSD drive in M.2 slots serves. Its speeds exceeding 2 GB/s while reading and 1 GB/s during logging are enough for demanding users.

Also, you also have a 1 TB 2.5 “hard drive. Lenovo Y720 does not even stay connected to the connectivity side, and besides the triple USB 3.0 ports, there’s also a USB-C port with Thunderbolt interface. Connect Display Port and HDMI to connect external displays.

I was a bit disappointed with the absence of a memory card slot, which is still being used for many years, like the Y520. The notion that they would not be there or lack in price probably does not make much sense.

For wireless connection, a standard Wi-Fi and Bluetooth combination is available. Even though Wi-Fi measured transmission speeds in the 500 Mbit/s band, I preferred to play through a cable that came in more stable and with a shorter response within a couple of milliseconds. 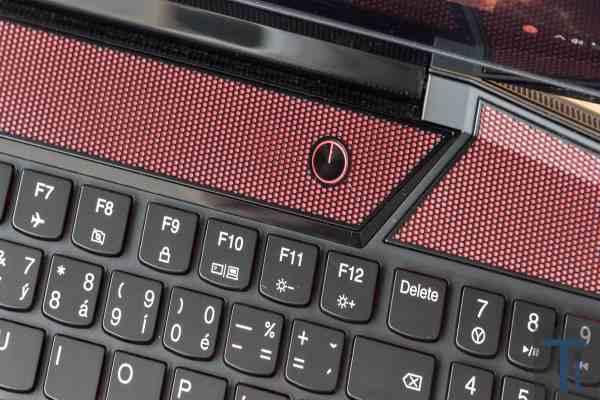 Y720 laptop also excels in sound quality. The notebook was built by a pair of 2W JBL speakers to which the 3W subwoofer was added. Although their performance and volume are not rewarding, less is sometimes more.

If you are interfering with playing headphones, then your speakers will be replaced in full. An exciting theme is battery life, as the gaming notebooks usually play up to the second violin.

Lenovo used a 60 Wh battery that can last about 5-6 hours when surfing the Internet. This is an above average result for the notebook of this category. While playing, the stamina will be reduced to just over an hour.

Additionally, when using the battery, the notebook also strives to save energy by reducing the frequency of the graphics card, so you will not be able to get it too much. 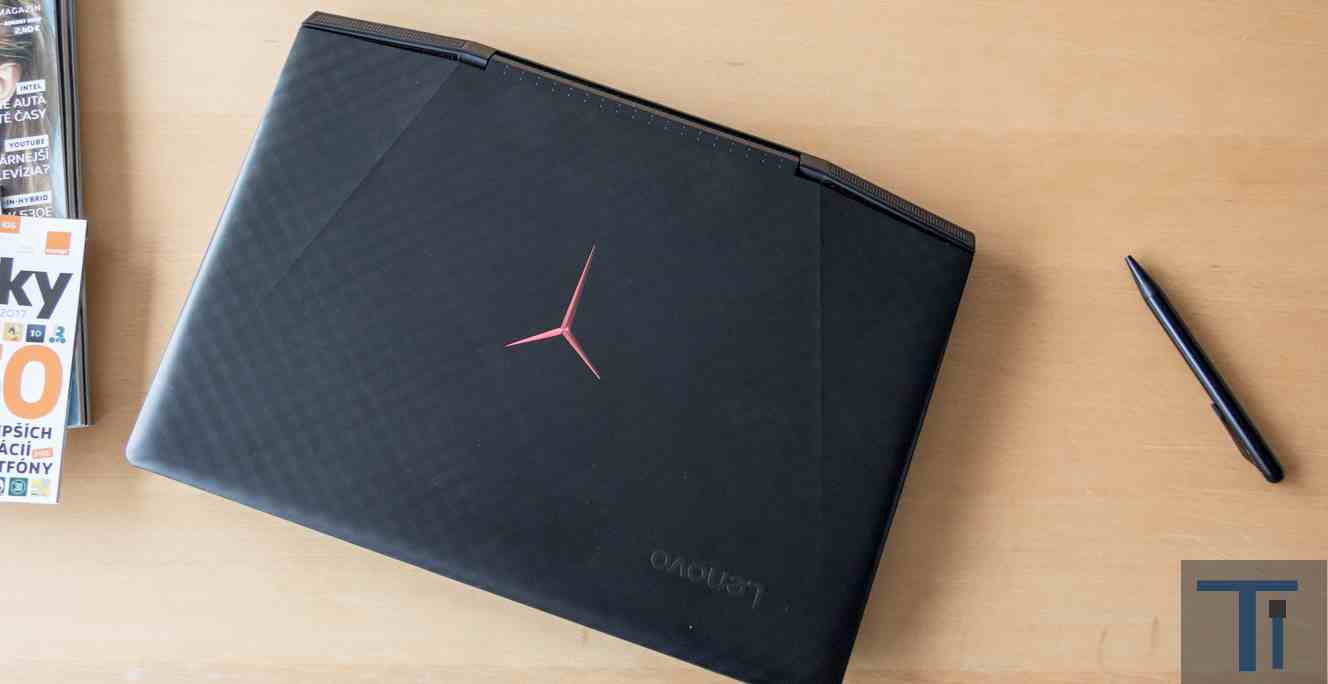 The Lenovo Legion Y720 is not the lightest, cheapest, or the coolest notebook with the GTX 1060 graphics card on the market. The laptop is cool, but noisy even under load.