Medion Eazer X6603 is one of the spectacular gaming laptops in the world with sufficiently mouth watering attributes and offered at an average price. It’s a laptop or Pc that laughs in the face of high-intensity games like PES, Dishonoured, Titanfall, Wolfenstein e.t.c 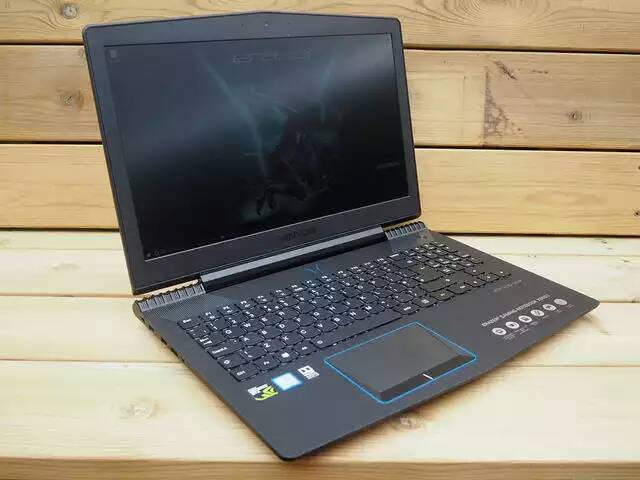 It comes in a medium-sized black box with fantastic gaming robot artistic work on its front and its back. When you unpack the box, you would see this laptop and a side compartment having Systems power supply. Other than this you would see the systems paperwork and manual in the box.

The laptop originally is positioned securely in a black bag, not meant to be carried about and in between a pair of foam holders.

Its 8GB RAM and Nvidia GeForce GTX 1050Ti ( 4GB GDDR5 RAM) are fascinating parts of the Medion Erazer XX603. There is an obvious development in its Nvidia GeForce GTX 1050Ti frame rate compared to other products with GTX 1050Ti especially when one is using DirectX 12 options enabled in games played. Its 1TB hard drive is sufficient to host a variety of your big size games and documents while the 128GB SSD makes sure all you do boots up effectively, quickly and smoothly.

Concerning its screen, the colour and contrast are very average although its screen brightness could be increased to full. Doing this creates an extra drain on its battery which could deliver only a couple of hours for gameplay which is not ideal or healthy.
Regarding ports, Medion XX603 has not only three USB ports, a HDMI port, Ethernet Connection, SD card reader and 3.5mm headphone port; it also has a USB-C port too.

Extending down from the top right speaker is an imprinted extension of a honeycomb lattice pattern, that proceeds out of a jaunty angle towards the number pad, and embedded within that is the systems circular power button. The power button has a concentric ring finish and is kind of interesting to touch.

The system’s casing is matte black, plastic and robust with good strength. It doesn’t bend with the application of a little pressure. Its substantial weight depicts its superiority in quality and price.

Note don’t try using it on your lap because it’s designed in such a way that its bottom ventilation is enormous, thereby making its internals need every atom of the air it takes in.

It costs an approximate value of 1060 Pound sterling on Amazon whose Naira equivalent is #511,269.8