For three years running OnePlus has been on a great experiment to produce flagship handsets which are cheaper than that of rivals and now they’ve delivered the OnePlus 3.

The flagship OnePlus 3 has been designed to compete with phones such as the Samsung Galaxy S7 Edge but costs only $399, rather than the $700-800 that you’d pay for the Galaxy S7 Edge.

This is unarguably the sleekest phone that OnePlus has launched to date, and if you’re after as much as possible for the money then this handset is easy to recommend. And good thing is, purchase is open to every one, unlike the invite-only strategy previously used by OnePlus.

Each OnePlus phone to date has offered a marked improvement on what has gone before. The original OnePlus One was an all-plastic affair, with a somewhat strange “sandstone” finish. The OnePlus 2 enhanced the body with metal sides, but retained the plastic rear. 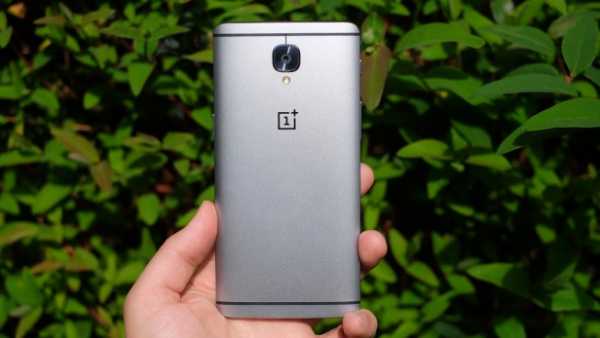 The OnePlus 3 offers an upgrade once again, this time by way of a metal and glass design. It’s available in “Graphite” – a muted grey – and its 7.4mm-thick aluminium frame makes this handset a delight to both look at and hold. 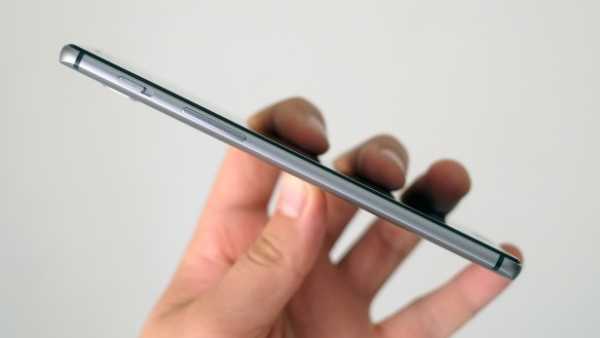 A 5.5-inch phone may still not be for everyone, but the OnePlus 3 is among the more manageable phones with such a screen size. The finish is excellent too – the aluminium rear is anodised sports the same type of non-shiny look you’ll find on an iPhone. The OnePlus 3 is plainer and prettier than its predecessors. 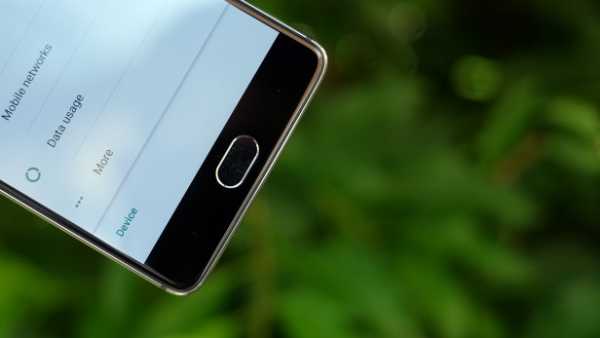 As is the case with an iPhone, it almost seems a shame to cover up the OnePlus 3’s bare metal. The OnePlus 3 is similar to HTC’s One-series phones but slimmer but attractive.

Like the OnePlus 2, this phone has no memory card slot. This time around, however, it isn’t a ploy to make the expensive versions of the phone more attractive. The OnePlus 2 model was available in 16GB and 64GB versions; there’s only one OnePlus 3 and it has 64GB of storage. 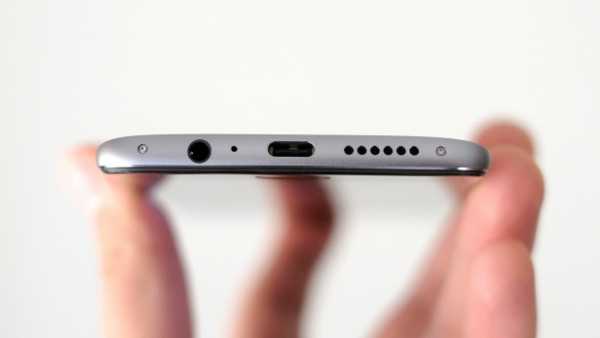 The OnePlus 3 also has a great fingerprint scanner, which is located in the same position as it is on the OnePlus 2. It’s a non-clicky pad that sits below the screen.

It works whether or not the display is on, and is super-fast. It’s possible to use it as a “Home” soft key, either on-screen or via the physical ones below the screen. The hardware back and “apps” soft keys are marked with tiny white LED dots, rather than full-on icons. This is because you can flip them around too.

The OnePlus 1 and OnePlus 2 featured LCD screens. OnePlus had a crack at an OLED phone with the OnePlus X, and the OnePlus 3 continues the upgrade with a Super AMOLED Samsung screen. 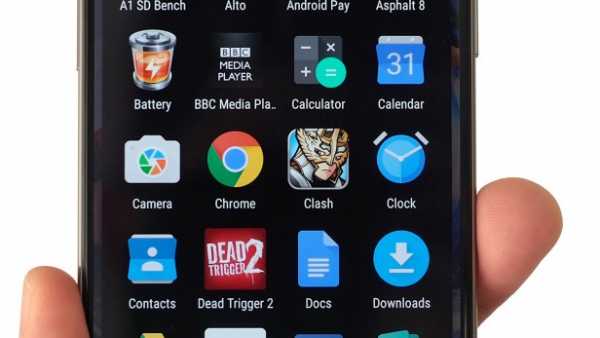 Sharpness is excellent and the black level is perfect. Like other recent Super AMOLED screens, viewing angles are superb, with far less a reduction in brightness if viewing off-angle than the OnePlus 2’s LCD panel. 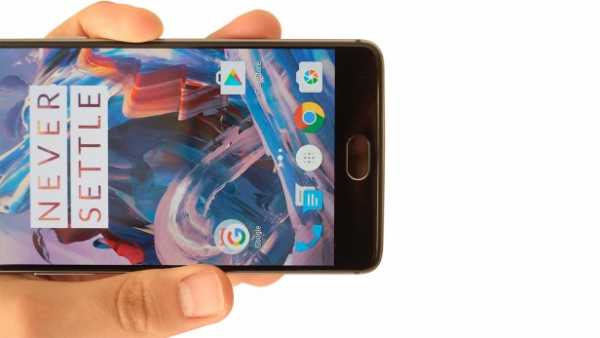 Despite all the additional customisation that the OnePlus 3 offers elsewhere, it isn’t possible to mute the colours as you can on the top Samsung handsets. There is, however, a colour temperature slider that alters the white balance a little, making it warmer or cooler.

This is a decent screen, with caveats that some people might not care about. The colour is deliberate, after all, part of what OnePlus calls “Optic” AMOLED, which describes OnePlus’ tweaking of Super AMOLED.

Outdoors visibility could also benefit from some improvement. It’s fine, but Samsung’s phones do better since they over-drive their OLED panels more aggressively, and dynamically alter colour and contrast to suit tougher conditions

The OnePlus 3 runs Android 6.0.1 with its OxygenOS interface layered on top.

While plenty has changed in hardware since the OnePlus 2, the software remains largely the same. Its look is that of pure Android, but OxygenOS digs its tendrils deep into it, adding elements of customisation that standard Android no longer has. Or never had.

What’s important about all these minor performance-enhancing tweaks is that they’re not in your face. On the surface, the software appears much like Android Marshmallow, offering a more accessible feel than the CyanogenMod interface of the first OnePlus phone. You have to dig around in the Settings menu to discover all the extra goodies.

The one part of the OnePlus 3’s interface that’s quite obviously different is Shelf. This is an extra homescreen – simply flick to the right from the default homescreen and you’re there.

When you start using the phone, Shelf is simply home to your five most-used apps and a quick memo function. However, you can add the weather, a bunch of your most-used contacts and any Android widget of your choice.

As ever, the core hardware featured in the OnePlus 3 is fairly aggressive. It runs on a a Snapdragon 820 CPU, which is the same used in the more expensive HTC 10 and LG G5.

It may sound similar to the Snapdragon 810, but it’s actually quite different – this isn’t an octa-core CPU, but a quad-core one.

There are two performance cores, and two lower-clocked ones. Both use the Kyro core 14nm architecture, which is radically more efficient than the older Cortex-A57 cores used in the Snapdragon 810.

Whether such an inclusion is overkill is a moot point since the phone is cheaper than many handsets offering far less RAM. The crucial part is that, like the Samsung Galaxy S7, the OnePlus 3 has very fast dual-channel RAM, which makes accessing RAM data faster than the first DDR4 phones.

The OnePlus 3 has very familiar camera hardware. On the rear sits a Sony IMX298 16-megapixel sensor, used in both the Moto X Style and the Huawei Mate 8; on the front Sony IMX179 8-megapixel sensor is the one featured on the rear of the Nexus 5.

Both are high-quality sensors, making this comfortably the best OnePlus camera setup to date. It exhibits none of the performance issues suffered by the OnePlus 2 at launch. When shooting normal photos in daylight, there’s almost no shutter lag evident. Switching to HDR adds a little delay, but nothing significant.

Colour is great, photos offer excellent sharpness and superb contrast, and the OnePlus 3 is reliable at judging exposure. Even with very tricky lighting – when you’re facing towards a bright-but-cloudy scene, for example – the phone almost never suffers from major overexposure.

Video-capture options are 720p, 1080p and 4K. Unusually, the footage stabilisation seems to rely on OIS, rather than cropping into the image and using software.

With the selfie camera OnePlus uses a high-end “old” piece of hardware, rather than a mid-range new one. The IMX179 was used in the original Nexus 5 from 2013, but on the back rather than the front and with a faster f/2 lens and a fixed focus.

Selfie quality is excellent, with solid white balance judgement even in unnatural indoor lighting; it offers exceptional detail for a front camera. Indoor shots can be a touch grainy, but given the rear camera’s processing approach, the front one has a surprisingly light touch.

Having Samsung’s efficient Super AMOLED screen tech onboard the OnePlus 3 enables the phone to last for good time in certain conditions. In tests, the OnePlus 3 lasted 17hrs 25mins playing a 720p MP4 movie on loop – this is even longer than the Samsung Galaxy S7 Edge managed.

This is a fair indication that the Snapdragon 820 is able to use very little power when it needs to, and that the display is efficient. In more demanding benchmark tests, however, the OnePlus 3’s stamina is more ordinary.

Thirty minutes of Real Racing 3 saw the battery level drop by 12%, suggesting the battery will last for a little under four and a half hours of gaming. Not amazing, then. This is no huge surprise given that the phone features a 3,000mAh battery, which is a lower capacity than the 3,200mAh unit in the OnePlus 2.

The OnePlus Dash charger is excellent, however. This fast charger supplied with the phone is similar to the one used by Oppo. It’s a 5V, 4A charger that gets the phone from 0 to 95% in less than an hour.

Like the OnePlus 2, the OnePlus 3 has a USB Type-C socket rather than the usual micro-USB – although there’s really nothing to get too excited about there. The actual capabilities of the connection are the same as normal. While USB Type-C will eventually be used as the standard port for USB 3.1, allowing for much faster transfers, this is just a USB 2.0 socket at heart.

There you have it, a review of the OnePlus 3 super smartphone. A great phone I’d say, and on the whole it is worth having.