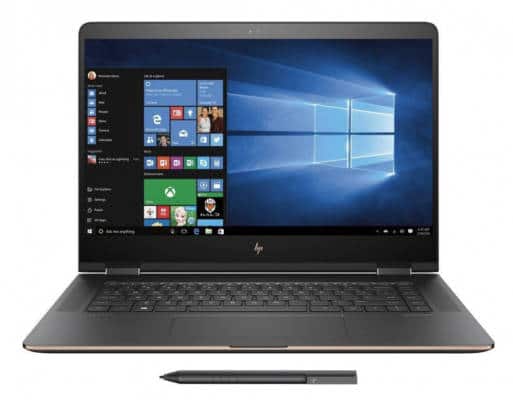 HP Spectre’s laptops line-up is famous for their premium designs and outstanding performance. This year’s version of the 15-inch model tells a lot about this design language. The Spectre x360 (2018) packs some really exciting features such as the latest Intel Core i7 processor and 4K displays.

Some of the major laptop manufacturers have similarly spec’d offerings like Dell’s XPS 15 and Apple’s MacBook Pro (15-inch version). Nonetheless, there are quite some points about the HP Spectre x360 that make it different. Keep reading to know these points.

2018’s revision of the HP Spectre x360 lives up to the latest design trend which is found on most high-end laptops. This laptop is quite thin at 0.7 inches. The complete dimensions of this laptop are 14.13 inches wide, 9.84 inches deep/long, and 0.76 inches thick. The Spectre x360 (2018) is a hybrid laptop as the lid can be turned through completely thanks to its sturdy single hinge.

The metal lid has a matte finish with silver accents on the sides. The notebook is quite hefty at 4.5 pounds and may not be the best option for carrying around.

The Spectre x360 comes in different configurations. However, all the models are 15.6 inches long with 4K resolutions (3820 x 2160 pixels). In addition, the panels are touch-sensitive and include a stylus (Digital Pen or Tilt Pen). The stylus has 1,024 sensitivity levels.

Contrast ratios of the displays are on the average as well as the brightness levels. This mediocrity, however, doesn’t make the display any less vivid or crisp – thanks to the high pixel density. 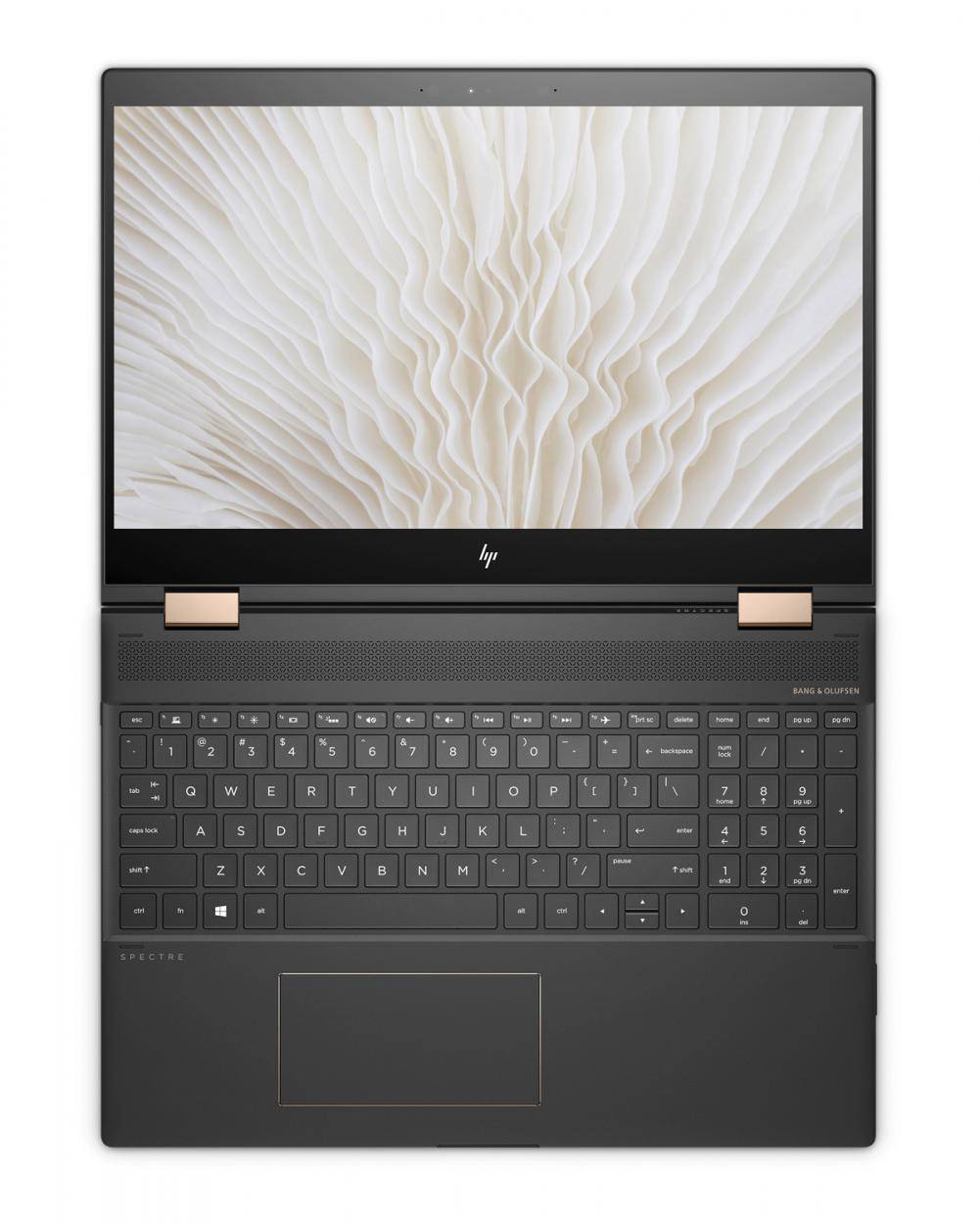 The keyboard is a full-sized one with a separate numpad. As expected for a laptop of its caliber, there is backlighting for the keyboard. Typing on the Spectre x360’s keyboard is a comfortable experience thanks to the good keys.

The trackpad on the x360 is a decent one. Although it might act up on a few occasions, it is still usable.

The Spectre x360 (2018) comes in two CPU configurations – with both of them having Core i7. While one uses the Intel Core i7-8550U, the other has a more expensive Core i7-8705G. These eight-generation processors promise increased performance and low power consumption over their predecessors.

Memory size on the x360 is 16GB while a 512GB SSD is used for storing files and software.

The HP Spectre x360 (2018) features a large 84Wh battery which keeps the laptop running when disconnected from a power source. Although the battery capacity is large, the high-res screen and powerful hardware components don’t allow the battery to reach its full capacity. That being said, the Spectre x360 can deliver about 7 hours on average usage.

Moving on, the x360 has a decent combination of ports. There are two Thunderbolt 3 ports, one HDMI 2.0 port, an SD card reader, and one USB 3.0 port. This is complemented by Bluetooth 4.1 and Wi-Fi radios.

With all the power and glamour HP’s Spectre x360 (2018) starts at about $1400; the notebook is available on well-known retail stores worldwide.

This year’s version of the Spectre x360 comes with some exciting features that make the laptop fit into the modern category of 2-in-1s. While the display is a high-resolution one, it still needs some work to be done on it. Besides this, I think the laptop is a premium device which should deliver for even the most tasking users.