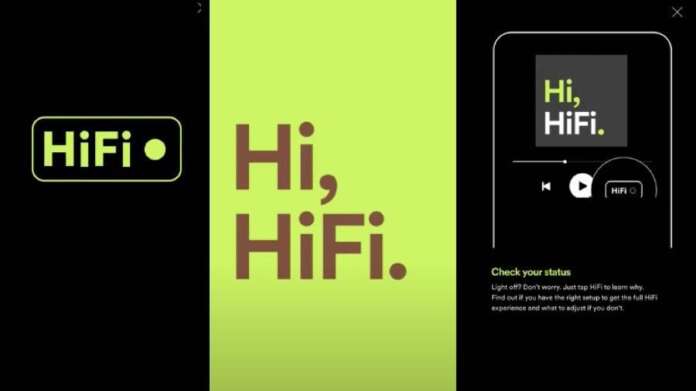 The subscription for ultra-high-definition music is ready to land on Spotify. Now, there is also a price.

Spotify announced almost two years ago that it would start offering a subscription service for high-quality music. Now may be a good time for Spotify HiFi to finally launch.

What is Spotify HiFi?

Spotify HiFi uses lossless codecs to produce CD-quality audio. Currently, their MP3 streaming is limited to 320kbps, which is fine for casual listening but the excitement comes from those of us with high-end audio systems who want to get the most out of them.

Although not hi-res audio, the current plan for Spotify HiFi is for it to be CD quality, lossless audio. This represents a significant improvement over the lossy MP3 compression Spotify currently employs.

The new Platinum plan will bring with it a headphone tuner, Studio Sound, Library Pro, Playlist Pro, and limited announcements for podcasts, as well as, of course, high-resolution music for all fans of the industry.

The plan will be called Spotify Premium, as announced some time ago, is dedicated to music in high definition; and although it is not yet official, something is starting to move. The launch should not be long since the official price at which it has also leaked. will be proposed.

In particular, the price was shown to a user who, after abandoning Spotify after 10 years, saw a survey appear where the new subscription was shown with lots of features and a final price.

Spotify Premium HiFi should offer more than just high-definition music. For example, those who pay for the most expensive plan should have access to Pro versions of the Library, Playlists, and Podcasts with very few ads.

How much will Spotify Premium HiFi cost?

From the screen shown to the user, Spotify Premium will cost $ 19.99 a month, which could easily turn into 20 euros in our area and even a little more. So it’s a very expensive subscription but with several exclusive features.

At the moment, there is no official status on the Spotify Premium HiFi plan. Still, in the coming weeks, the company could announce it globally with special promotions for the family and subscribers in the early stages of the launch.