Chants of “no ban, no wall,” from over 100 tech employees clouded the streets of San Francisco on Monday as Tech workers protest in solidarity against Trump’s immigration policies.

A Silicon Valley group, on Monday, held a demonstration against President Trump’s proposed policies that’s planned to scissor the entry of immigrants into the United States. More precisely, his executive order temporarily halting the travel (particularly the entry) of Muslims from seven major Muslim countries to the US and also his plans to build a wall along the Mexican border. 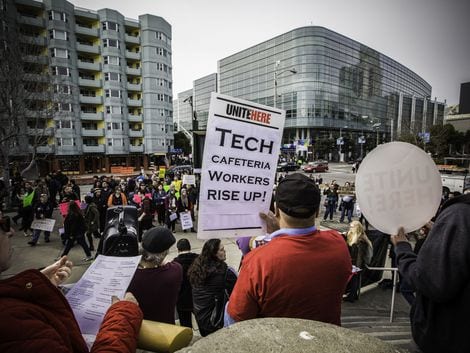 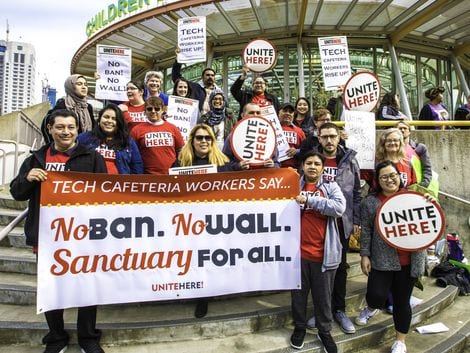 It would be recalled that 97 Tech companies also came together to show their stance and position regarding Trump’s immigration policies. The suit filed by these companies clearly show they aren’t in support of such policies either. 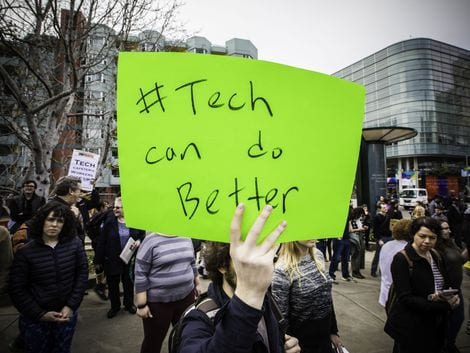 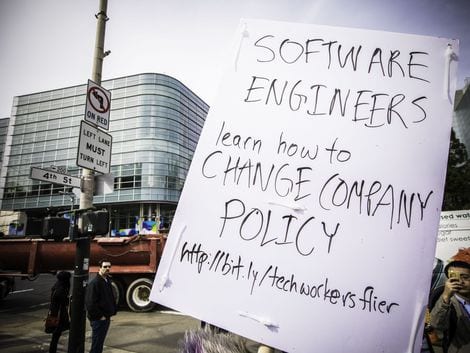 Apparently, this seems to be more of a “preamble” as a group of tech workers, Tech Workers Coalition in Silicon Valley have announced that it will hold a demonstration outside the headquarters of Palantir Technologies in Palo Alto next Wednesday to protest the company’s involvement in intelligence systems used by federal immigration authorities.

Ever since Donald Trump’s surprise victory in the November 2016 US Elections, Palantir has made quite a number of headlines; for its close relationship with the incoming Trump’s Republican administration, its involvement in government data platforms (allegedly building a Muslim Registry) that could be used to support Trump’s planned mass deportations and “extreme vetting” of immigrants, as Trump calls it.

Back to yesterday’s protest, Jason Prado, a software engineer at Facebook who is also a member of the Tech Workers Coalition (the group organising the Palantir demonstration) had this to say;

“We want to make it clear that the overall tech community is watching what Palantir does,”

“And we want to hold the tech community overall accountable for the values that we as a community have.”

The Tech Workers Coalition says it is singling out Palantir due to the firm’s uniquely glaring status towards the administration as they head into the Trump era. Palantir actions reeks the opposite of what the tech workers and what major tech companies wants as the company has refused to refute its participation in building a Muslim registry that will further aid Trump’s Muslim ban.

“[W]hen a company is already directly contracted with immigration authorities to maintain analytics systems and is already profiting from this relationship, the standards for accountability and transparency need to be higher,” says the site. “Palantir is a special case in this regard”, Prado continues.

Prado also urged people to turnout for the Wednesday protest saying his group have alerted the Palo Alto Police Department of the planned action.