The Tecno i3 and i3 Pro were released alongside the Tecno i7, i5 & i5 Pro into the Indian market at the beginning of this week, and both smartphones are now available for purchase in certain Indian cities. Both are mid-range smartphones with a design totally different from that of other members of the Tecno i series.

Both smartphones have almost the same features and specifications and in fact the same design, with the only difference being the RAM capacity. They even share some specifications with the Tecno i5 and i5 Pro.

Tecno i3 & i3 Pro Specifications, Review and Highlights

The Tecno i3 and i3 Pro sport a metal unibody design with a 5-inch HD (1280 * 720) IPS display. Its bezels are black and a physical home button is present below the display at the front placed in-between two capacitive navigation buttons.

The smartphones weigh 145 grammes and are just 7.9 millimetres thick, and come in Champagne Gold, Sky Black and Space Grey colours, like other members of the series. They, however, lack fingerprint sensors which might be a dealbreaker for some.

The Tecno i3 and i3 Pro are powered by a MediaTek MT6737 processor with four processing cores (quad-core) and a clock speed of 1.3GHz. They come with 16GB of internal memory, but the i3 Pro has more RAM space (3GB) than the i3 (2GB).

Both smartphones sport 8MP cameras at the front and rear for photography and selfie purposes, and their rear cameras are accompanied by a quad-LED flash while the front cameras manage a single LED flash.

The Tecno i3 and i3 Pro pack 3050mAh non-removable batteries with no support for fast charging. They come with dual Nano SIM slots, both of which support 4G LTE network connectivity.

Like the other members of the series, the Tecno i3 and i3 Pro run on Android 7.0 Nougat out of the box with Tecno’s HiOS with customisable features layered on top. 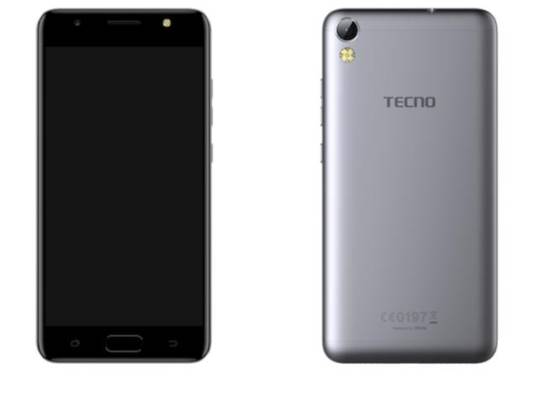 Availability and Price of Tecno i3 & i3 Pro in India & Nigeria