There isn’t really much exciting features on both devices as they are a kind of smartphones that are best suited as a back-up phone or for an individual just making a switch to the Android platform. However, there are still a few features to look up to. Let’s see. 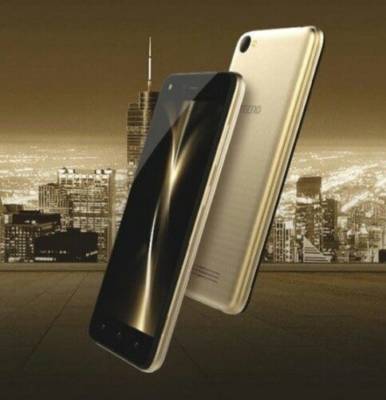 The Tecno WX3 is a small, compact and a finely designed device. The rear view of the device is as simple and basic as it comes.  There’s a conspicuous rear camera at the top right corner of the device which is also flanked to the right by a LED flash light. The widely perforated loudspeaker grills is located at the bottom left corner and the TECNO logo, almost at the middle. It is noteworthy to state that the Tecno WX3 and WX3 LITE are made entirely of plastic, has a body dimension of 144.50 x 73.78 x 9.40mm and are available in numerous colour options which include Black, Red, Blue, Grey, Gold and White.

The Tecno WX3 LITE also has the same body dimension, design and keys arrangement as the Tecno WX3. 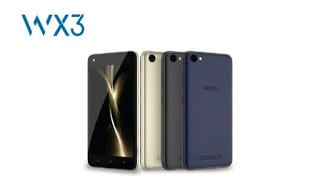 On the front side, the Tecno WX3 and Tecno WX3 LITE both wear a simplistic look. The front looks quite boring to be honest, but hey, much isn’t expected form a mid-range budget device right? However, quite interestingly, the WX3 and WX3 LITE sports a front LED flash to assist the secondary/selfie camera. Below the screen are the soft navigation keys – options, home, and back/return button. 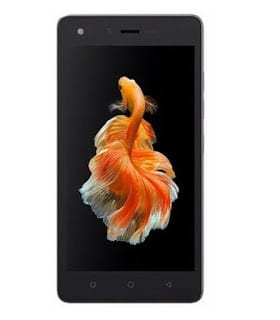 Overall, the Tecno WX3 and Tecno WX3 LITE designs are worth it and laudable given that they are strictly budget smartphones.

Both the Tecno WX3 and WX3 LITE has a 5.0-inch screen size with a rather mediocre display quality at 480 x 854 pixels resolution. With this kind of display, one may have difficulties using the devices outdoors under the effects of sunlight.

The Tecno WX3 and WX3 LITE both have 8GB internal storage space which is expandable to up to 32GB using an external micro SD card. They also have the same RAM size; 1GB and both run on the latest Android Nougat v7.0. The Nougat OS is particularly a commendable inclusion from Tecno to spice both devices up.

The processor is an old-school Mediatek MT6572 1.3GHz Quad-core processor. The processor and RAM combination will definitely not be enough to prevent the devices heating up or lagging during heavy usage.

The WX3 and WX3 LITE both have equal camera lens at the front and rear. Equal in the sense that a 5MP is embedded at the back as the primary camera and the same 5MP sensor is upfront on secondary camera duties. The rear and front camera both support LED flash and there is an additional “screen flash” up front for more beautiful and well-lighted selfies.

The Tecno WX3 and WX3 LITE are both kept up and running by a removable 2,500mAh battery. There is no fast or quick-charge capability but the battery shouldn’t take much time to charge.

DIFFERENCES BETWEEN THE TECNO WX3 and TECNO WX3 LITE

The Tecno WX3 and Tecno WX3 share a lot of similarities spec-wise. In fact, it is very hard to tell the difference between the two device by mere visual examination.

The differentiating factor however is that the TECNO WX3 has the 4G LTE network connectivity support while the main Tecno WX3 supports only 2G and 3G but lacks the 4G connectivity option.