Today, The Taiwanese chip maker Mediatek announced the most powerful SoC of the X20 family – the Helio X27. This new processor takes over the X25 as the currently highest-end SoC in the X20 Series, and it’s aimed for high end smartphones. Let’s see what this new product brings to the table.

MediaTek Helio X27 (MT6797X), like its predecessors,  provides three processor clusters, each designed to more efficiently handle different types of workloads. The premium MediaTek Helio X27 features a maximized clock frequency across all three clusters, with an unequaled maximum of 2.6GHz on the most powerful ARM Cortex-A72 cluster. Much like adding gears to vehicles, dividing the cores into three clusters provides a more efficient allocation of tasks for optimum performance and extended battery life.

In addition, the MediaTek Helio X27 includes the latest MiraVision EnergySmart Screen to further enhance power efficiency. On camera department, It features a built-in 3D depth engine for depth of field processing, as well as multi-scale de-noise engines, for faster response time between shots and unprecedented detail, color, and sharpness, even under extreme conditions.

The display can be refreshed at up to 120 fps for crisp and responsive scrolling of web content and maps, and with an ARM Mali-T880 MP4 GPU up to 875 MHz, it yields uncompromised performance in games with high-resolution graphics.

UMi Z, to be the first smartphone powered with Helio X27 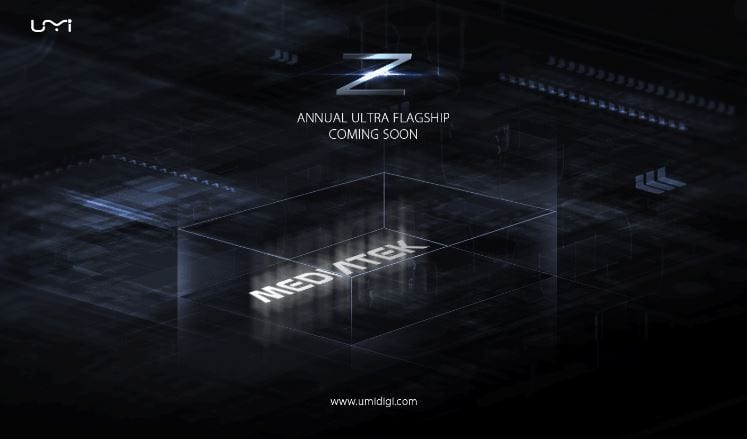 A few of the most important manufacturers have already watched with big interest at this SoC, but also some of the most promising emerging brands from China have moved towards this solution. In particular, some insider told us that UMi, the company which already made a deal with Mediatek for the launch of the first Helio P20 smartphone (the UMi Plus E), may as well launch the first Helio X27-powered Smartphone very soon, since the success in terms of sales of the Plus E did not pass unnoticed inside Mediatek’s Headquarter.

We also know the Chinese company has a device ready to be released on December, which is called “Z” according to UMi official Facebook, will this be the one powered by X27?

We will see what the next days and weeks will tell us, but one thing is for sure – exciting times ahead with those X27-powered smartphones ready to be unleashed!