Rumors circulate that Xiaomi Mi 8 could be real and have a 3D face recognition. Here is the photo comparison with the Apple Face ID!

We have clear references that at the end of the month Xiaomi will present the new family of Mi 7 devices. The point is that if we expected this, rumors began to circulate that there will also be a smartphone to celebrate the eighth birthday and will be called Mi 8.

The point is that only the latter will have the recognition of the face in 3D and, thanks to the leak of today’s news, we can show you how it will be done from the hardware point of view.

Among other things, the event was officially announced but beyond that, we know nothing else about it.

Yes, because what you will see in the image below is the panel that the Mi 7 or Mi 8 will have in the much loved and hated notch and will have a series of sensors that will serve the device to recognize the face in three dimensions and increase its security capabilities and of use in poor light conditions. 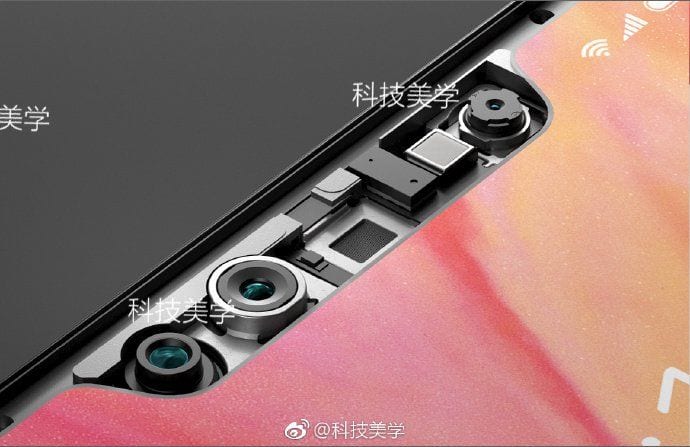 Currently only iPhone X uses this type of scanning and security is really high, provided that Apple has made sure to make it exclusive for their smartphone of the tenth anniversary.

Obviously, inside the notch, we also find other sensors, such as proximity and brightness that – accompanied to the Speaker – manage conversations and the type of brightness to be applied to the display.

However, as for iPhone X, the main components are starting from the left: 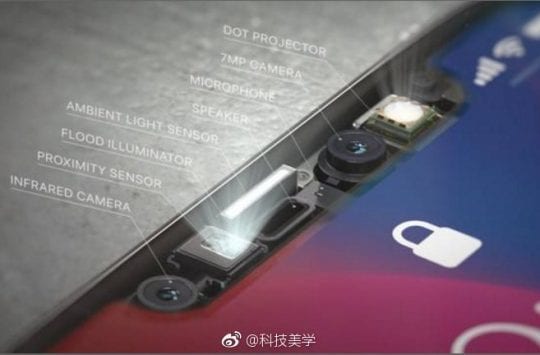 The companies interested in building this new recognition module were Qualcomm, Himax Technologies, and Truly Optoelectronics.

As for the recognition of iPhone X to do the scanning job is the TrueDepth camera. Also on Xiaomi there will be but will change the name for copyright reasons.

A light beam, coupled to the image collected by the infrared sensor and to the acquisition of the two-dimensional details of the front cam, is “fired” on our face looking for points in common with the basic face registered initially.

To conclude, what will the fingerprint sensor do? Will it be paired with the Face Unlock 3D to have an additional unlocking method or will it be removed?

The information is getting more interesting and the end of May is approaching, we’ll see if Xiaomi really wants to follow iPhone X with the celebration of its anniversary and implement exclusively on Android a new 3D scanner of the face.