Zen Mobiles has launched a budget-friendly device which it aims at ‘first time smartphone users’ in India. The Admire Unity is an affordable device and comes with specs that fit perfectly to its budget status.

The device has a 5-inch LCD capacitative touchscreen with FWVGA(854*480 pixels) resolution. The display has a 196ppi of pixel density and is equipped with multi-touch support.

The Admire Unity’s sports a stunning design with itswell rounded edges and light build making it easier to grip. Its physical keys(volume, power) are all placed on the right panel, its speaker grill on the rear and its loudspeaker port on the top panel.

The Admire Unity is equipped with a quad-core Spreadtrum SC9832 processor running on 1GB of RAM at a performance speed of 1.3GHz. It carries 8GB of in-built memory which is expandable using a microSD.

The camera setup serves up a 5MP rear camera with a LED flash adding some extra spice, especially in low-light conditions. It also sports a 2MP front-facing camera.

The smartphone runs on Android 7.0 Nougat OS out of the box. 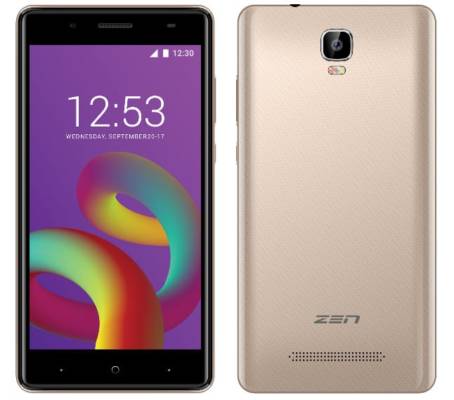 Availability and Price of Zen Admire Unity in India & China

The Admire Unity was launched in India and is available at retail stores at an affordable price of Rs. 5999.