The Acer Aspire V17 Nitro is a 17-inch gaming notebook that features a seventh-generation Intel CPU and a GTX 1050 Ti graphics processor. The GPU has a dedicated video RAM of 4GB and clocks between 1493 and 1658 MHz.

Acer’s Nitro line-up is known for laptops that feature high-end hardware combination. And riding on the glory of previously released Nitro laptops, the Aspire V17 Nitro is expected to keep the torch burning. However, the task ahead may not be a simple one even with the fast processors, as there are other factors that contribute to the overall excellence of a laptop.

And while there are slicker and lighter alternatives to the Aspire V17 Nitro, it still has a lot of potentials to displace its competition. 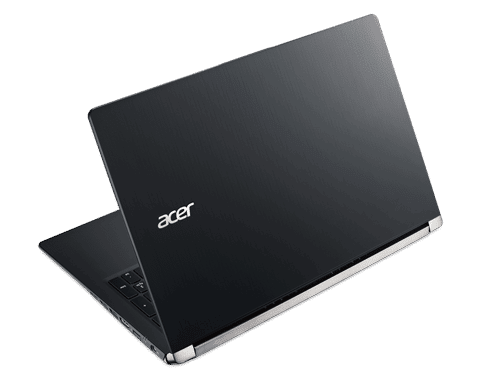 The Aspire Nitro V17 is fairly heavy at 3.1 kg. This, however, doesn’t mean that it is not portable to be carried along. The footprint of this system is 423 x 296 mm which is really wide owing to the massive 17-inch screen. Obviously, this laptop is neither the slimmest nor lightest in the market, thanks again to its massive screen.

Both halves of the laptop are held together by two hinges that allow for turning the lid with minimum effort.

Lifting the lid on this laptop gives way for the large 17.3-inch display and keyboard/touchpad combination below. The 1080p matte display is based on IPS technology with good brightness level and high contrast ratio. Response times are also on the fast side and color reproduction is accurate.

Above the screen is a webcam and below is the “Acer” logo. Moreover, the screen features an anti-glare protection and is quite usable even when outdoor.

The full-size keyboard is missing a dedicated number pad. However, it has backlighting for night-time use and is comfortable for prolonged typing.

The touchpad is below the keyboard and the area is ample for multi-finger controls. Between two mouse buttons at the low end of the touchpad is a fingerprint reader for extra security.

At the heart of affairs is a high-performing Intel Core i5-7300HQ CPU complemented by a Nvidia GeForce GTX 1050 Ti GPU. There are also other variants with a different CPU/GPU combination. No matter, this gaming notebook will easily handle virtually anything thrown at it, thanks to the high-end graphics card and quad core CPU.

The working memory is 8GB of DDR4 while the internal storage is 1TB HDD. For a gaming laptop, it is quite disappointing that there is no SSD storage.

With all the specs above, the Acer Aspire V17 Nitro performs pretty well and considering the price (about $1000), this laptop is a cheap alternative to the more expensive gaming machines currently in the market.

There is a 52.5Wh Li-ion battery sitting underneath the base. Based on this, the laptop is expected to deliver about 4 hours of battery life.

The port distribution on this laptop is decent enough as it includes two USB 3.0 ports, two USB 2.0 ports, two type-C USB ports (only one with Thunderbolt 3 support), and HDMI out. Other ports are one Gigabit Ethernet port, mini DisplayPort, separate headphone and microphone jacks, SD card reader, and a Kensington Lock. And as expected, there is Wi-Fi and Bluetooth 4.2 for wireless connectivity.

At around $1200, the Acer Aspire V17 Nitro can be snapped from leading stores online as well as offline.

Costing a little above $1000, the Acer Aspire V17 Nitro aims to capture the minds of gamers with its impressive hardware combination that ensures seamless gameplay. However, buyers will have to settle for the bulky build and average battery life.