The new Android Nougat operating system, known as “Andriod Nougat 7.0” is the latest version of Google Android system so far for phones announced by Google in March 2016.

Android Nougat includes many features that give the user best advantage of the operating system and offers a unique experience distinct from other OS so far.

The Android Nougat 7.0 system came after the Android Marshmalow v6 OS, and there is another newest Android system after Android Nougat known as Android Oreo “Andriod O”. Meanwhile, many of the 2017 smartphones have been upgraded to Android Nougat, including Samsung, Tecno, Xiaomi, Infinix, Meizu and OnePlus phones. 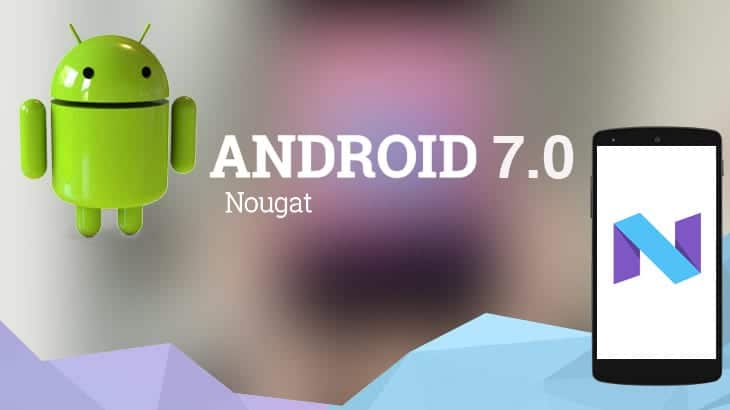 Let us review together the features of the new OS and its hidden features that give users smooth and fast performance that meets all their daily needs.

7The Feature Of Changing The Screen Size

With the new Android Nougat, you will not only be able to modify the text size on your phone, but you can also resize the icons of different applications and thus get an entirely different and different experience.

With the new Android Nougat Quick Settings, you can, for example, shift your finger to the right or left to adjust your phone settings smoothly.

The new Android Nougat supports an essential security feature that can protect your mobile phone against any malicious software that may harm your phone. Malware has many adverse effects on your mobile phone, such as downloading unwanted ads whenever you open the Internet or install some apps or exhaustion of the battery’s ability to stay long or erase important information such as your contact numbers or messages, and therefore due to all these adverse effects of those malware Google has developed Android Nougat in terms of security to ensure the best protection of phones.

The new Nougat system offers many suggestions to its users for smooth and fast phone performance. The phone, for example, allows users to activate the data saving mode to save the phone’s storage space or change the phone mode to Night Mode if the user is using the phone in Night for more convenience to the eye, or set a password for the phone to ensure greater protection of the phone as well as higher privacy.

16One Button To Close All Applications

As stated above, the new Nougat supports the “multitasking” feature. Also, after opening many apps you can easily close them by pressing one button instead of closing an application each, but it does not appear unless you’ve pulled your hands to The first application you have opened may be a flaw in the system.