Anyone here heard about Android Instant Apps before? NO?

Well, Android Instant Apps is a new feature on the Android OS that allows Android users access to a cloud-based version of an app on your Android phone without having to install it from Play Store. This according to Google and common sense will not only save users time and effort but will also allow companies to let people have a taste or idea what their app is all about before taking the decision to finally install the full version on their device or not.

The Android Instant Apps though has been announced since May last year (2016) just began rolling out to some selected devices at the moment. Hopefully, in coming weeks, all Android users will have access to the feature in their devices.

Now let’s get down to business.

1. Go to your phone’s Settings menu 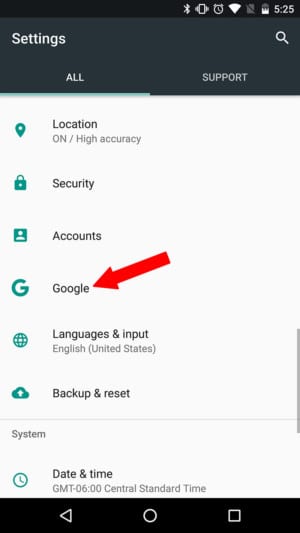 3. Under the Services category, select the “Instant Apps” option 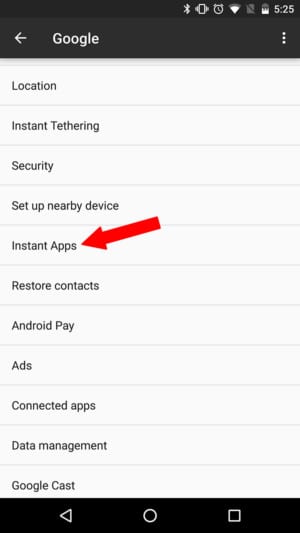 4. On the top-right corner of the screen, tap the Toggle button to enable the Instant App feature on your device. 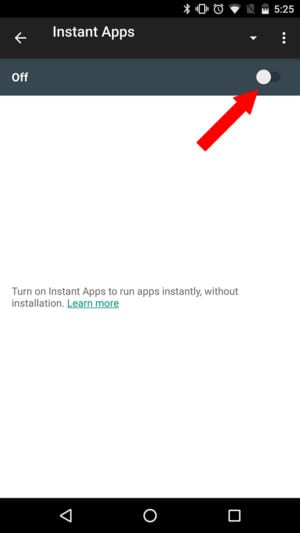 5. An instruction tab displaying Google Play’s Terms of Services will pop-up. Tap “Yes, I’m In” to complete the turning on process 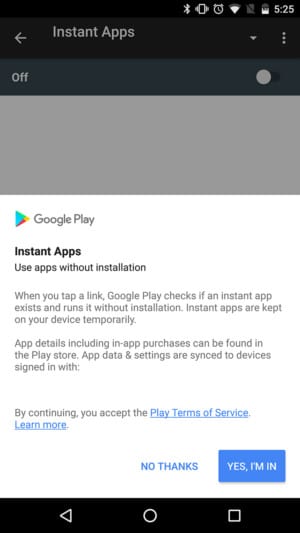 Good! Now you are halfway to using Apps on your device without installing them. Move to the next step where we show you how to use the Instant App since you have enabled the usage on your device.

Before we move on, it is important I state that the only few apps support the Instant Apps as of now. More Apps will be added in the future definitely. Supported apps include – Viki, Buzzfeed and Periscope and Wish (which we will be utilizing for this tutorial).

B) HOW TO USE ANDROID INSTANT APPS

1. On your Android device, do a Google search for the ‘Wish’ application.

2. On the search result page, scroll down and select the app that had the tag-word “Instant” (see below)

4. The Instant App (Wish) loads up just like any other installed App (only that you did not install this one) and you can use all the features of the App just as those with the app installed their devices.

On the Wish App, you can access your shopping account, browse through product catalogue, and even go ahead to purchase items and place orders… all without installing the app on your device!

That’s if for today’s tutorial guys. You can go ahead and try out other applications that are Instant App supported on let us hear how it went.

We are always here to help. Just use the comments box.